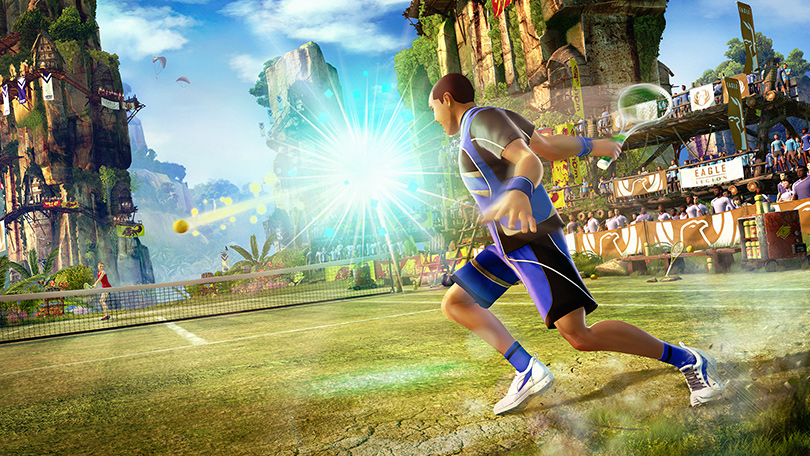 Microsoft’s next-generation Xbox One video game console has millions of fans. It also has millions of critics, and each group is incredibly loud when voicing support for the new Microsoft console or when attacking it with harsh critiques. According to one industry watcher, however, the Xbox One game that will finally silence critics is about to launch.

Titled “Kinect Sports Rivals,” think of this fantastic looking game as Wii Sports on more steroids than A-Rod could stuff into his body in 100 lifetimes.

Forbes contributor Andy Robertson managed to get an exclusive first look at the exciting game, which will be the first to truly make great use of Microsoft’s next-generation Kinect motion controller. Kinect Sports Rivals packs soccer, bowling, tennis, target shooting, climbing and wake board racing into a single sports mega-pack, complete with graphics and gameplay that look incredible.

“When we started to work with the Xbox One hardware team it made natural sense to take [Kinect Sports Rivals] further — make it look better, play better and add more depth and mastery,” Craig Duncan, studio head at Rare, the developer behind the game, told Forbes.

According to Robertson, who spent a good deal of time testing the game, Kinect Sports Rivals definitely pushes the franchise to the next level.

“The difference over previous Kinect Sports titles is a greater sense of competition and skill,” he wrote. “Not that the game is harder per se, but that the increased accuracy of the Kinect sensor moves this from an exuberant frantic work out to something requiring a deft touch and strategic understand more common in the likes of FIFA.”

A video showing some Kinect Sports Rivals gameplay and background information follows below, and the game will be released on April 8th.