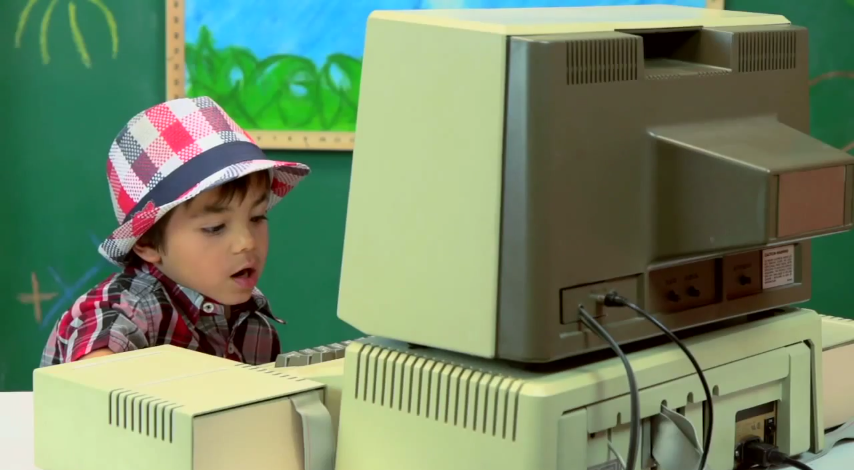 The Fine Brothers’ YouTube series called “Kids React” almost never fails to amuse, but a new installment was published on Sunday that is particularly hilarious. Titled “Kids React to Old Computers,” a group of young children are shown an old Apple II computer one at a time. Then, they react.

The narrator explains various things about the old Apple II, which first debuted in 1977, and then asks the kids to perform certain tasks. None of them can even turn it on, of course, and things only get worse when they can’t find any apps, games or websites.

We won’t spoil too much, but one of the best lines in the video comes after the kids play an old shooting game, which every single one of them pans except for one young girl who exclaims, “At least it’s better than Flappy Bird!”

The full video is embedded below. Seriously… watch it right now.