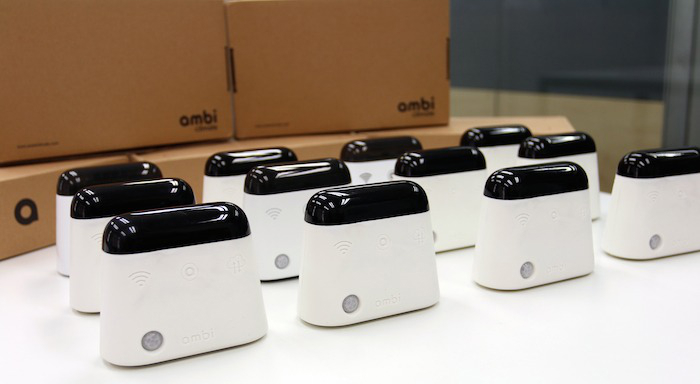 Ambi Climate is a new, Internet-connected, smart remote that’s been designed to increase at-home air conditioning efficiency and reduce costs by up to 30%, according to the company. Produced by Ambi Labs, the gadget has been launched on Kickstarter, as the company is seeking $25,000 in funding.

Ambi Climate is supposed to work with any existing infrared remote-controlled AC, which it can automatically control to ensure an optimal temperature is reached. In addition to measuring temperature inside the house, the device also looks at outside conditions, measuring sunlight, humidity and other elements.

Additionally, the Ambi Climate learns the user’s thermal comfort preferences, and knows when he or she leaves the house, adjusting accordingly so it can offer even more savings.

The device can connect with iPhone and Android devices, which can be used to control the Ambi Climate both at home, and remotely.

The cheapest Ambi Climate available on Kickstarter costs just $49 for the Super Early Bird version — which is $100 off the expected retail price — and should be shipped to backers in June 2015, assuming the project is funded and everything goes well. The Limited Edition (beta) version costs $99 and will ship a lot earlier, in November 2014, although only 30 units can be ordered on Kickstarter.

An animation explaining how Ambi Climate is supposed to work follow below.