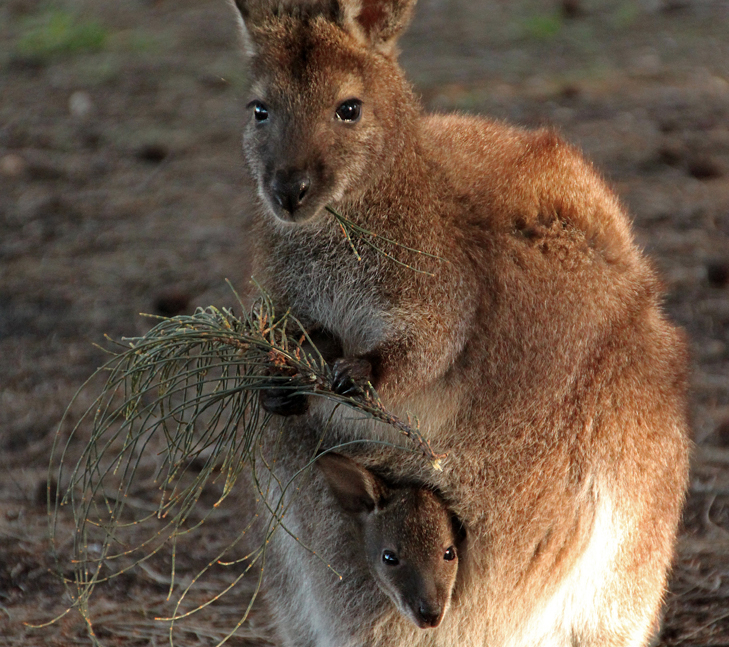 Believe it or not, kangaroos have dominant hooves just like humans have dominant hands, as an extensive study conducted on wild marsupials convinced researchers a kangaroo will always choose one upper limb over the other.

According to a paper published in Current Biology earlier this week quoted by Phys.org, kangaroos are generally lefties. The finding is rather important as it challenges the notion that only primates have “true” handedness among mammals.

“According to a special-assessment scale of handedness adopted for primates, kangaroos pulled down the highest grades.” Saint Petersburg State University in Russia researcher Yegor Malashichev said. “We observed a remarkable consistency in responses across bipedal species in that they all prefer to use the left, not the right, hand.”

True handedness wasn’t expected in marsupials because they lack the same neural circuit that bridges the left and right hemispheres of the brain that can be observed in other mammals.

However, the study shows that in real life, kangaroos will mostly choose their left hand over the right one for particular actions, including grooming the nose, picking a leaf, bending a tree branch, etc.

The researchers will continue to study true handedness in other mammals that stand upright regularly or partially. “This will give us a better resolution for the evolutionary interpretations,” Malashichev says.

The finding is also important because it could further encourage the study of the marsupial brain, which is different than other mammals in many respects. Such studies might then offer insight into neuropsychiatric conditions including schizophrenia and autism. According to the researchers, there are proven links between handedness and these disorders.