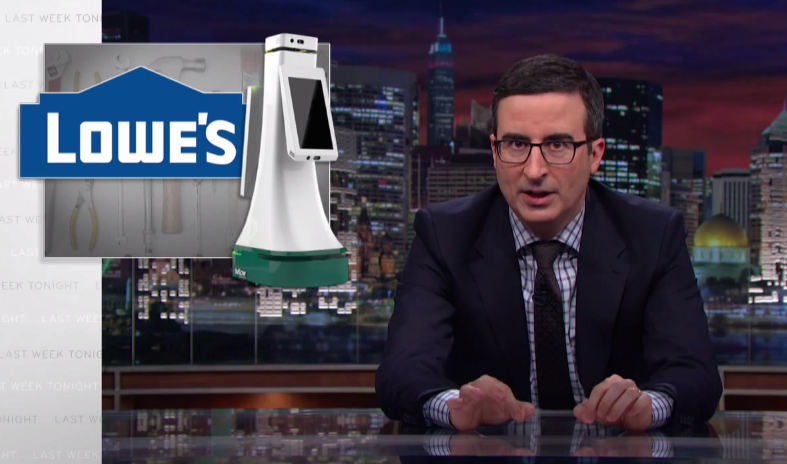 Lowe’s is testing out robot replacements for some of its in-store staff and the results so far are ridiculous. As shown in promotional videos, the robots will roll up to you when you enter the store and ask you if you want any help in a dreadful monotone voice that makes Siri sound like it has the expressive vocal range of Meryl Streep in comparison. Then when you show the robot the item you’re looking for, it takes a few seconds to scan and process it before showing it to you on a screen and asking it to confirm that this really isn the item you’re looking for. This seems more cumbersome than interacting with a human being who likely (though not always) knows instantly what the item is and has a good idea of where to find it.

RELATED: Bill Gates: Yes, robots really are about to take our jobs

As you can imagine, this kind of ridiculous spectacle was a perfect target for HBO’s Last Week Tonight with John Oliver, which hilariously lampooned the Lowe’s robots and took special glee ripping into a man in the Lowe’s promotional video who said that he “actually really liked [the robot] and we can be considered friends.”

“‘The customer service robot at Lowe’s is my friend’ may be the saddest sentiment ever spoken out loud,” Oliver quickly shot back.

The whole not-safe-for-work video is worth watching and can be found below.