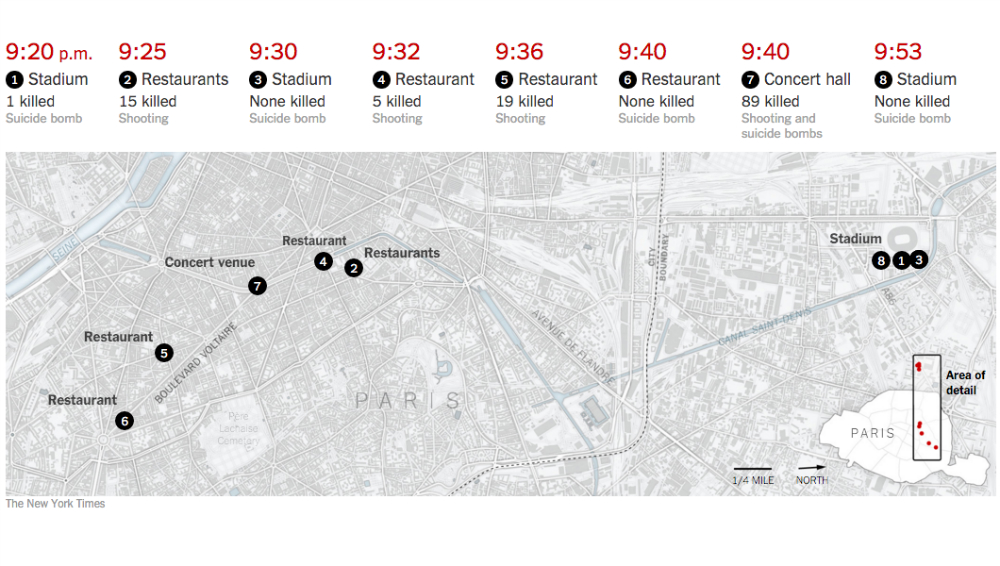 After a report had indicated the PlayStation 4 console as a potential way to conduct secure in-game communication that can’t be tracked, a new report says that officials currently investigating the Paris attacks believe that encrypted communications were used during Friday night’s gruesome events.

“The working assumption is that these guys were very security aware, and they assumed they would be under some level of observation, and acted accordingly,” a senior European counterterrorism official told The New York Times on the condition of anonymity.

A French official further said that the attackers “had shown a discipline that suggested military-style training, and that the plot involved considerable planning and input from an organized group,” according to the Times.

Such careful planning and organization requires some degree of communication between attackers and central command, so using encrypted services to hide chats certainly makes sense.

“I think what we’re going to learn is that these guys are communicating via these encrypted apps, this commercial encryption which is very difficult or nearly impossible for governments to break, and the producers of which don’t produce the keys necessary for law enforcement to read the encrypted messages,” former CIA Deputy Director Michael Morell said in an interview on CBS’s Face the Nation following the attacks.

Unsurprisingly, law enforcement agencies will again remind everyone that such attacks happen precisely because more and more commercial services offer customers end-to-end encryption that is difficult to crack, and can be used to plan and execute such attacks.

However, as Ars Technica reports, terrorist organizations have used encrypted means of communication well ahead Edward Snowden revealed the complexity of mass surveillance operations conducted by the NSA and its allies in the aftermath of 9/11.

Even though ISIS command and the Paris attackers may have been in constant contact over encrypted apps like Telegram and others, U.S. intelligence officials did warn the French governments almost two months ago that an attack might take place on French soil. Using that intelligence, the French Air Force struck targets in Raqqa, Syria, on October 8th, looking to take out those planning and coordinating the attacks. It’s not clear how successful those hits were, but they did not stop the November 13th Parisian tragedy.

An animation that better explains the timeline of the attacks in Paris is available at this link, showing that such an attack must have been carefully orchestrated.