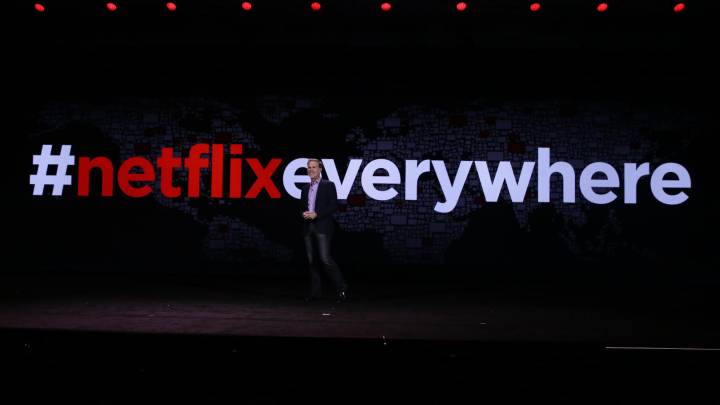 Ever experienced Netflix downtime that wasn’t caused by your Internet Service Provider? Nothing can be done if it’s your ISP’s fault of course, because without an Internet connection you obviously can’t stream anything from Netflix or any other service. But Netflix has had several widespread outages in the past that had nothing to do with ISPs, and users can definitely get riled up when it happens. Perhaps that’s why the company has now taken extensive measures so that its service is never down.

To do it, Netflix is relying on the cloud and paying handsomely for it. The main beneficiary? One of Netflix’s biggest streaming rivals.

The relationship between Netflix and Amazon is now much like the one between Apple and Samsung, though there isn’t quite as much animosity there. Netflix announced on Friday that it has moved its entire streaming operation to the cloud. And Netflix chose Amazon’s S3 business to handle this daunting task.

In another division, of course, Amazon is looking to steal Netflix customers for its own Prime-related streaming business. But in the meantime, Amazon will power all of Netflix’s streaming. Netflix initiated its move to the cloud seven years ago, looking to avoid any issues that would result into server downtime.

Netflix has its own content delivery network – Open Connect – which it manages from Amazon. Those servers are stored either within ISP networks or at Internet exchange points, so traffic is sent directly to ISPs like Comcast, Verizon and AT&T.

But everything a user does before pressing that Play button is now housed inside Amazon’s cloud. “All the search, personalization, all the business logic, all the data processing that enables the streaming experience, the 100 different applications and services that make up the streaming application, they live in AWS,” Netflix’s VP of cloud and platform engineering Yury Izrailevsky told Ars Technica.

And Netflix will spend around over $800 million on tech and development including cloud services this year, a number that’s up significantly from last year’s $651 million.

Not all that money is going to Amazon, and we have no idea how much Netflix is paying. But Amazon’s cloud is cheaper for Netflix than running its own data centers. Furthermore, the nature of Amazon’s cloud business will let Netflix adapt to the needs of the increasing mass of customers who binge on Netflix shows on a regular basis.

Google is also getting a piece of the cloud pie, as everything that’s kept in Amazon’s AWS is backed up in Google Cloud Storage.

Netflix doesn’t want to experience any downtime in the future and has measures in place to in the event of Amazon failures. The cloud system is constructed in such a manner that if Amazon goes down in a region, traffic can be rerouted to other areas so that customers don’t experience any problems. It’s all part of how Amazon’s cloud infrastructure works.

And in the unlikely event that Amazon’s entire cloud network fails, Netflix has drills in place to restore service as fast as possible. Netflix could recover in a matter of hours from a massive Amazon-wide collapse using the latest available backups.

But what Netflix doesn’t say is where it would operate its service in the event of a massive AWS outage. “From a security perspective, it’d be better not to say,” a spokesperson told Ars Technica.

Of note, Netflix’s DVD business is still run from its own servers.