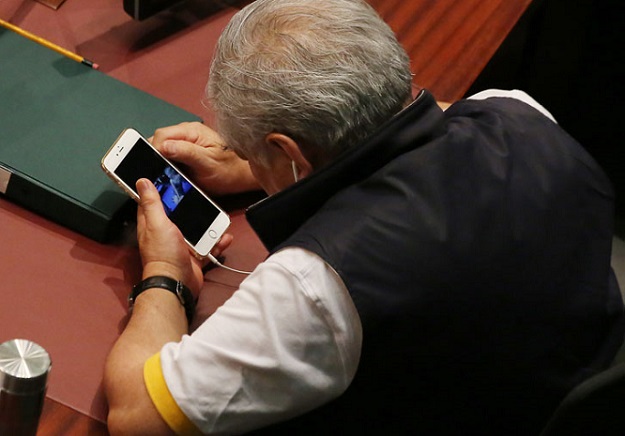 A politician in Hong Kong created quite a stir recently when he was caught looking at some questionable adult content on his iPhone during what was meant to be an important debate about political reforms.

What’s even crazier is how cavalier the politician was in regards to firing up what appears to be an iPhone 6. Not one for being discreet, reports indicate that he became so bored at one point “that he took off his glasses, put in his earbuds, and proceeded to watch videos featuring scantily clad women in provocative poses on pool tables…”

If you’re going to be that bold about it, he might as well have just gotten up in front of everyone and announced what he was going to do. Incidentally, there’s even video of said politician getting caught in the act while on TV.

Interestingly enough, this isn’t the first time something like this has happened. Just last year, Hong Kong lawmaker Albert Ho was caught in a similarly embarrassing situation when he was spotted looking at underwear models on his iPad while in the midst of listening to a speech about the budget.