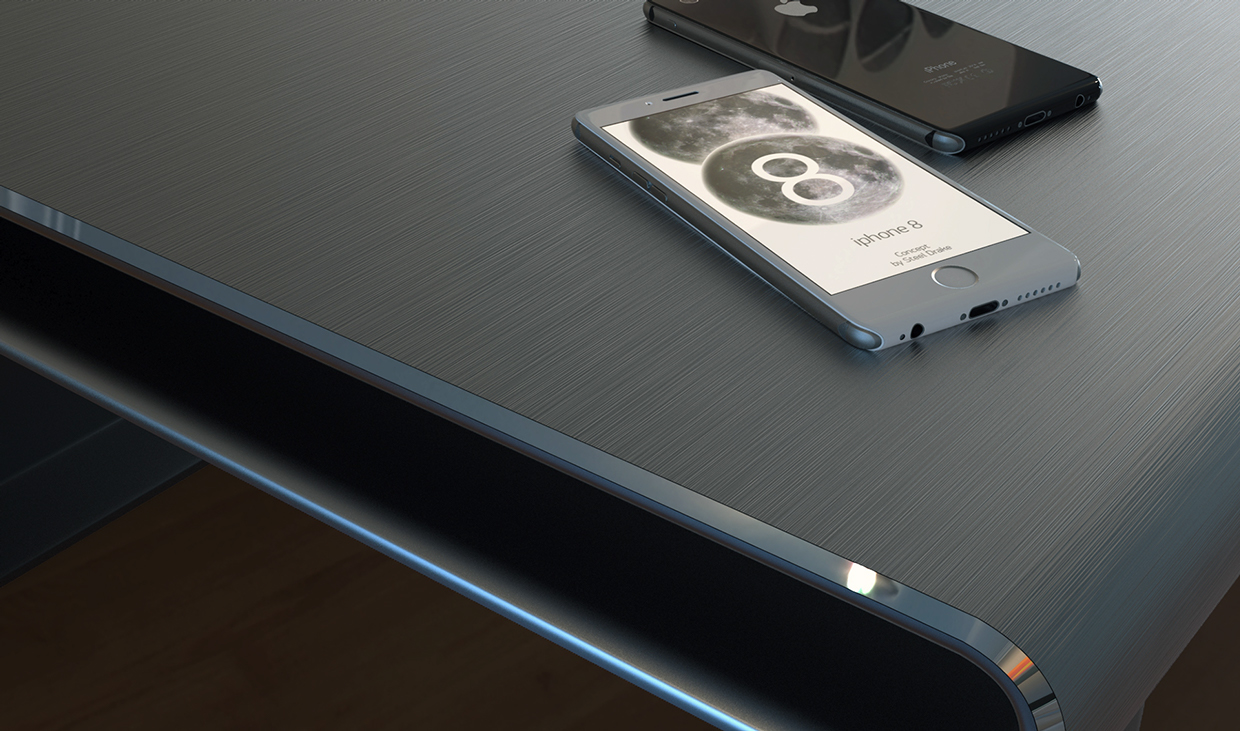 Apple’s iPhone 6 and iPhone 6 Plus might represent the fastest-selling smartphone duo of all time, but some people find certain aspects of the phones’ design to be “appalling.” We also discussed some questionable design decisions in our in-depth iPhone 6 review, though we didn’t feel quite that strongly about them. Either way, it makes sense that people would begin looking toward the future in search of new iPhone designs, since not everyone is happy with the look of the current iPhones.

Now, a new iPhone concept attempts to look beyond the next few years, where Apple’s iPhone of the future is the most beautiful handset the world has ever seen.

Forget next year’s iPhone 6s. Forget the iPhone 7 expected in 2016 and its sequel, which will likely debut in 2018. A graphic designer who goes by “Steel Drake” took to Behance earlier this week to share his vision of the iPhone 8, a device that likely won’t debut until sometime in 2019.

And if Apple’s actual iPhone 8 looks anything like Drake’s vision, 2019 can’t get here soon enough.

Via Concept Phones, the concept renders on Behance show a unibody smartphone case formed from a single piece of glass that covers the front and back of the iPhone, and also wraps around the top and bottom of the device. Aluminum inserts on the sides are then home to buttons and antennas.

A design like this is absolutely outside the scope of reality in 2014, but a lot can happen in five years.

Several additional images of Steel Drake’s iPhone 8 concept follow below, and the rest can be seen by following the link down in our source section.