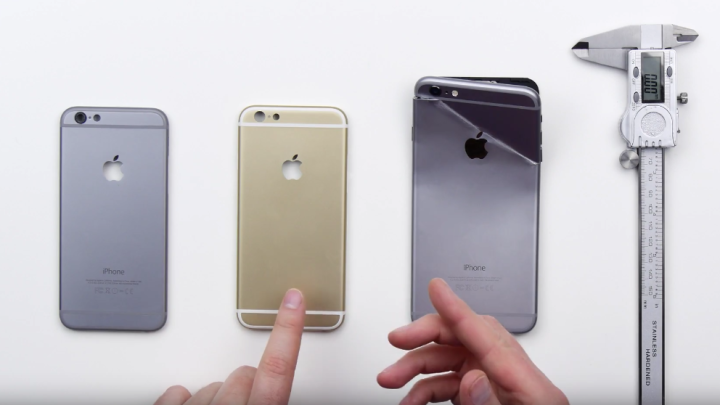 In the fall of 2014, Unbox Therapy’s Lewis Hilsenteger won the Internet for a week or so when a video of him bending the iPhone 6 Plus went instantly viral. Just under a year later, Hilsenteger has got his hands on the rear case of the upcoming iPhone 6s and has noticed that Apple has done some work to make it sturdier than the rear case we saw on last year’s iPhone 6.

FROM EARLIER: Galaxy S7: Leaked Samsung docs give our first hint of what’s to come

Apple, of course, will never admit that it took steps to make the iPhone 6s less bendable compared to the iPhone 6 Plus because it never acknowledged there were any bend-related problems with the device at all. But just from looking at the dimensions of the 6s’s rear case, Hilsenteger believes that Apple is determined to avoid another “Bendgate” fiasco this year.

In particular, he takes a look at the thickness of the case right at the spot where the device’s volume buttons are located. This is important because the volume button area was the main pressure point at which the iPhone 6 Plus was most prone to bending. In his measurements, Hilsenteger found that the iPhone 6’s casing has a thickness of 1.14 millimeters while the iPhone 6s’s case measures in at 1.9 millimeters thick.

Despite this, the thicker shell is actually lighter than the shell of the iPhone 6 by a couple of grams, meaning Apple may have found a way to make the casing thinner without making it heavier to carry around. It’s likely that Apple achieved this by using the same kind of Series 7000 aluminum used for the Apple Watch, although we have no way of knowing for sure at this time.

Hilsenteger doesn’t perform a bend test on the new iPhone 6s shell but he promises that one is coming soon. We’ll be eager to see what he finds.