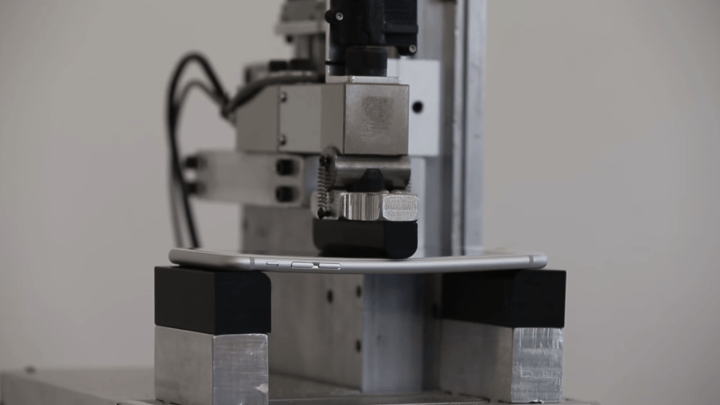 Now that the iPhone 6s is out in the wild, everyone wants to know how it stacks up against the competition.

We’ve seen some impressive benchmarks, we’ve heard countless testimonials about 3D Touch, but here’s what we really want to know: can the iPhone 6s take a beating?
READ MORE: There’s a great new iOS 9 feature you might have to turn off right now

“Indestructible” is not a word that many iPhone owners would use to describe Apple’s mobile device, but based on the latest torture tests from SquareTrade, the 6s and 6s Plus are not only far sturdier than previous models, but even beat a top Android contender in some categories.

Our friends at Yahoo Tech had a chance to attend the torture tests this year, as SquareTrade proceeded to drop, drown, bend and freeze the iPhone 6s, iPhone 6s Plus and Galaxy Note 5.

It’s already been confirmed that the iPhone 6s and its Plus counterpart are less susceptible to bending than last year’s models, but put enough pressure on them, and they’re going to break. This video from the bend test shows what happens when you put 226 pounds of pressure on the center of an iPhone 6s:

All in all, the iPhones performed better than the Note 5 during both the face down drop test and the bendability test, so if durability is a major factor in your decision, be sure to study SquareTrade’s chart: