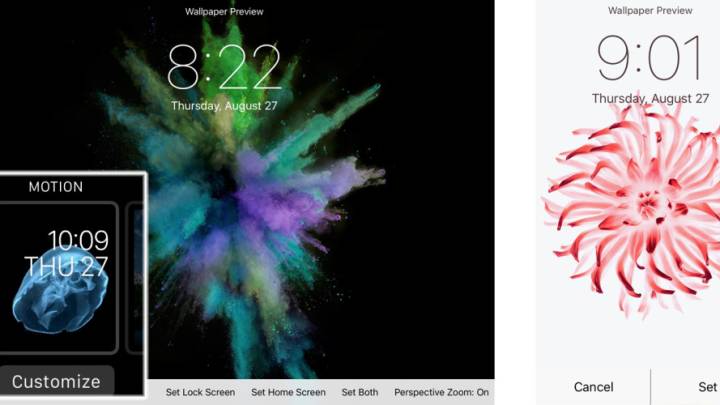 Apple Watch users who are in love with the Motion watch face — the one where an animation of a flower, butterfly or jellyfish pops up on the screen each time you check the time — should know that Apple is reportedly bringing the same kind of animated UI to the iPhone 6s and iPhone 6s Plus.

Coming from the often accurate Mark Gurman from 9toMac, the report says Apple will offer iPhone 6s buyers a “spiced up set of animated wallpapers” that will work similarly to what’s available on the Apple Watch. Animated wallpapers have been seen by two sources who have used internal iPhone 6s prototypes at Apple, but the sources also warned that the feature might not necessarily make it into the final iOS 9 build for the iPhone 6s.

The feature is supposed to be a neat addition to iOS 9 that would further differentiate the iPhone 6s family from its predecessors. This seems to indicate that the animated wallpapers will be available only on the new iPhones, and current owners of iOS 9-compatible devices won’t receive them when iOS 9 rolls out.

The report seems to support the theory that a recent image leak showing an iPhone 6s Plus retail box with a koi fish indeed points to motion wallpaper support. According to 9to5Mac, the iPhone 6s animations will include sets of animated fish from a koi pond and colorful arrays of smoke, meaning that leaked picture might actually show the real thing.