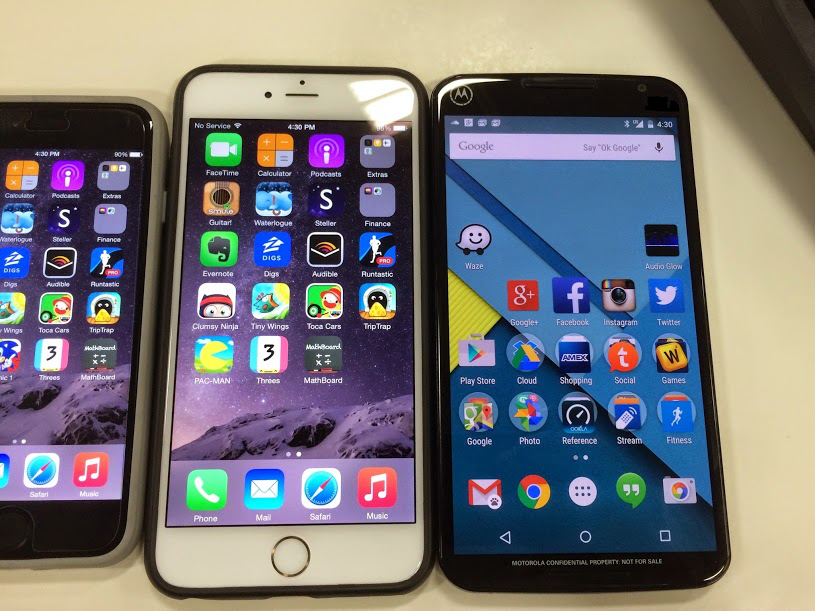 Just like Apple, Google embraced phablets this year, deciding to launch a Nexus 6 smartphone so huge that not all potential buyers will be interested in it. The device has a 6-inch quad HD display that’s half an inch bigger than the iPhone 6 Plus Full HD screen, but that doesn’t mean the Motorola-made phablet is actually bigger than the iPhone 6 phablet.

A leaked image showing the iPhone 6 Plus next to the alleged Nexus 6 hit the web before Google unveiled its 5.9-inch device, showing the two devices have about the same height, with the Nexus smartphone being a bit wider than the iPhone. But Google+ user Duan Dao posted a picture (image above) showing Apple’s and Google’s new devices side by side, with screens turned on, revealing one major advantage the Nexus 6 seems to have over the iPhone 6 Plus.

Even though the iPhone 6 Plus and Nexus 6 are about the same size, Motorola is able to actually offer users a much bigger display, and thus access to even more content at once, as the handset doesn’t have a physical home button to get in the way.

Meanwhile, Apple’s iconic home button is still present on its iPhone 6 models, and that’s why the iPhone 6 phablet has a 5.5-inch screen packed in a bigger body.

Apple can’t just ditch the home button either, as the physical button is even more important for the iPhone maker than before. The Touch ID fingerprint sensor embedded in the button is used both for unlocking the device and for performing Apple Pay payments on the iPhone 6 models. Not to mention the fact that Apple has opened Touch ID access to non-Apple apps this year.