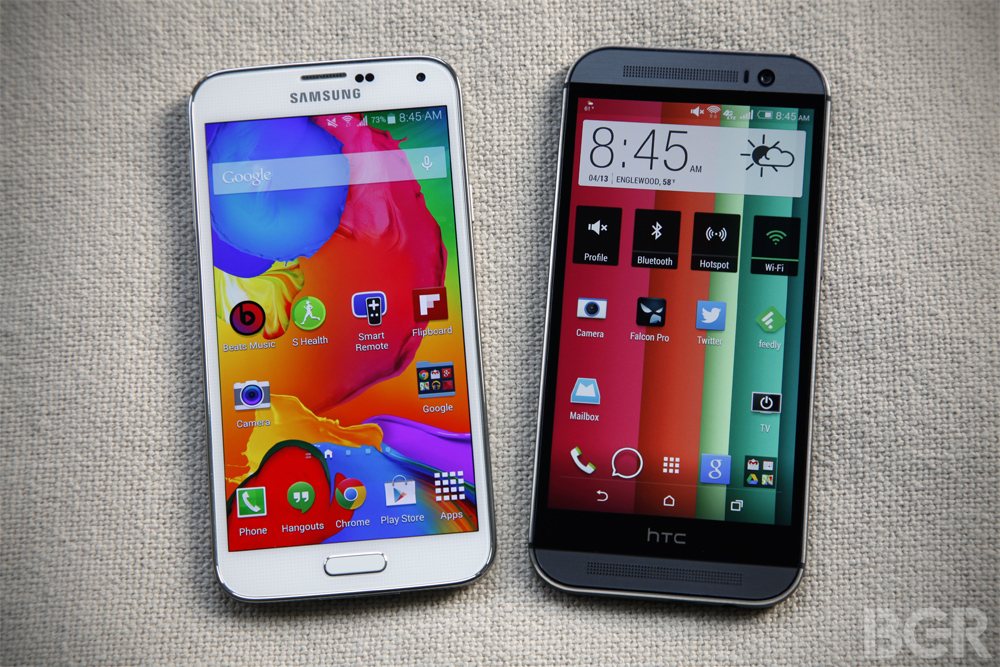 Apple’s new iPhone 6 and iPhone 6 Plus have their fair share of critics, with one going as far as to call one of the new iPhone’s design features “appalling,” but there’s no question these phones are on their way to becoming the most popular handsets in the world. Apple already announced that the new iPhones combined to set an overnight record for preorders, and we’ll likely be reaching about a new sales record this time next week.

But the iPhone 6 and iPhone 6 Plus aren’t for everyone, and for smartphone users who don’t enjoy Apple devices, there are thankfully plenty of great smartphones to choose from.

FROM EARLIER: This is what it was like to preorder the iPhone 6

Apple’s late-summer event steals the show every year and this year was no different. Pent up demand for iPhones with larger displays rocked Apple’s website when pre-sales went live on Friday morning, and Apple fans continued to struggle to order new iPhones for several hours that followed.

People will have tremendous difficulty finding new iPhones in the coming weeks as supply inevitably fails to meet demand, but what about everyone else looking to buy a smartphone ahead of the holidays this year?

For them, CNET put together a nice quick list of hot Android phones people should consider when looking for alternatives to the iPhone 6 and iPhone 6 Plus.

First and foremost, the likely Android sales leader of 2014: Samsung’s Galaxy S5. The phone certainly has its pros and its cons, but it’s a terrific option for Android fans looking for a somewhat compact smartphone — at least, as it compares to most phablets — with a gorgeous display.

Next up, the smartphone that features what is most likely the most beautiful design of 2014: the HTC One (M8). We were huge fans of this sleek smartphone back when we reviewed it at launch, and it’s still one of the best phones on the planet today.

The list might seem obvious to smartphone enthusiasts, but not everyone out there is aware of all the great iPhone alternatives currently on the market and set to launch in the coming weeks.

DON’T MISS: Critic slams the ‘appalling compromise’ Apple made with its iPhone 6 design