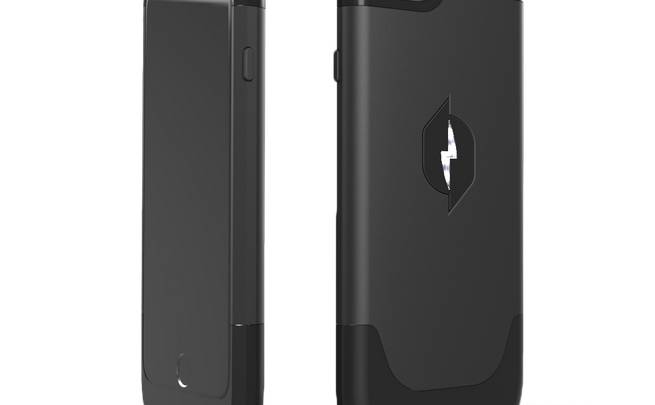 What if your smartphone case was able to harvest electricity right out of the air around the handset and prolong its battery life? Apparently that’s exactly what a startup is trying to do, TechCrunch reports, having developed an iPhone 6 case that can convert radio frequencies into electricity that can then be used to recharge the smartphone.

The company claims the case can harvest up to 90% of the energy wasted by the smartphone to acquire a cellular signal, connect to Wi-Fi and Bluetooth, putting it right back into the iPhone. The case doesn’t have a built-in battery though, so it won’t store the energy it harvests.

“Nikola Technology efficiently converts RF signals like Wi-Fi, Bluetooth, and LTE into DC power using its proprietary energy harvesting circuit,” the company writes on its website. “The result is usable energy that can provide power to mobile devices wirelessly.”

Even so, Nikola Labs’ case can extend the battery life of the iPhone 6 by up to 30%, according to the company.

The iPhone 6 case will launch on Kickstarter at some point in the coming month, where interested buyers will be able to preorder one for $99. Then, the case should ship within four months after purchase.

In addition to smartphone cases, the technology might be used in the near future in other devices, including wearables, sensors, medical devices and more.