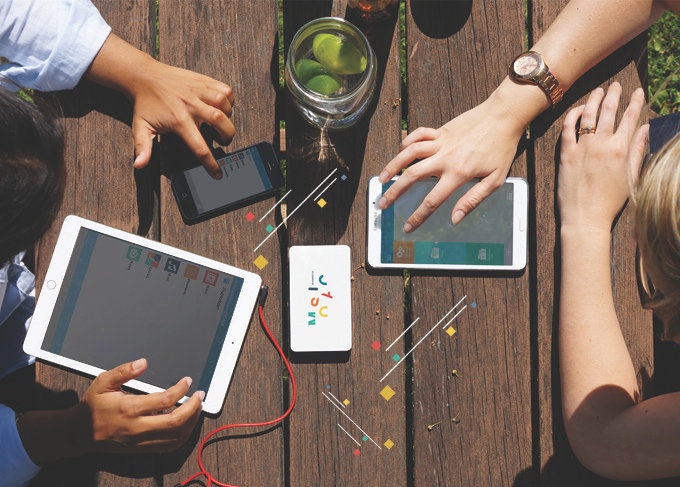 Even before Samsung the Galaxy Note 5 became official, rumors suggested the phone would lack a microSD slot and a removable battery, which are two features many hardcore Android fans consider essential. Samsung confirmed all that during the event a few days ago and then further annoyed some buyers by not even launching 128GB versions of the Galaxy Note 5 and Galaxy S6 edge+. However, there’s one gadget currently raising funds on Kickstarter that might fix all of the phone’s major issues.

Powerstick’s Mosaic accessory is an external battery that offers users up to 7,000 mAh of extra battery life. That’s good for recharging the Galaxy Note 5 twice if using just this particular feature.

About as big as a smartphone, the Mosaic also has one extra feature that other battery packs lack: built-in storage. From 32GB to 128GB, there’s a Mosaic version available for preorder via Kickstarter.

Moreover, the device comes with its Wi-Fi network and it can be used to extend your existing wireless network at home. That means you can access all the files stored on the Mosaic wirelessly, and even stream them on your mobile device.

The Mosaic will work with any other Android device, not just the new Samsung phablet, and with the iPhone family, including the iPhone 6 models.

The cheapest version (32GB) costs $100 on Kickstarter while the most expensive one is priced at $205 (256GB). Either Mosaic model is shipping anywhere in the world in October – the campaign has already been funded having raised almost $75,000 CAD, or 150% its initial goal.