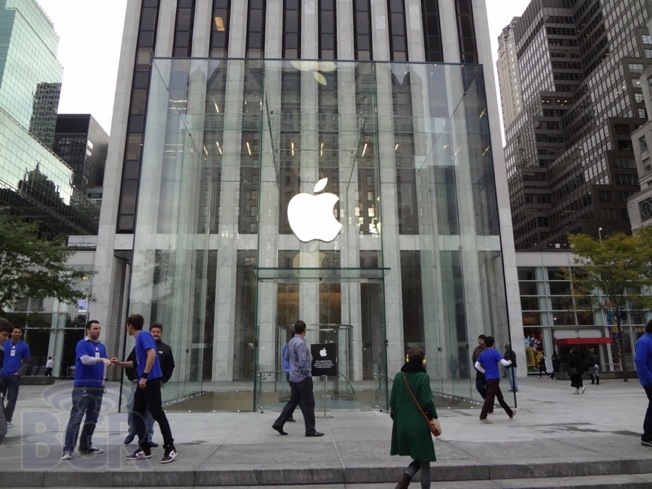 It wouldn’t be an Apple launch without a ridiculously early lineup. MacRumors snapped a photo on Friday of campers who have already situated themselves in front of the Apple Store on Fifth Avenue in New York, waiting patiently for the rumored September 20th launch date. This time, the line has started even before Apple’s media event to announce the new iPhones, but there’s already plenty of evidence that the iPhone 5S and iPhone 5C hardware has begun to arrive on U.S. shores. There’s no telling how long this line will get as the release date approaches later this month, but if you’re going to get your iPhone on Fifth Avenue, you might want to invest in a sleeping bag this week. The photo from MacRumors can be found below.