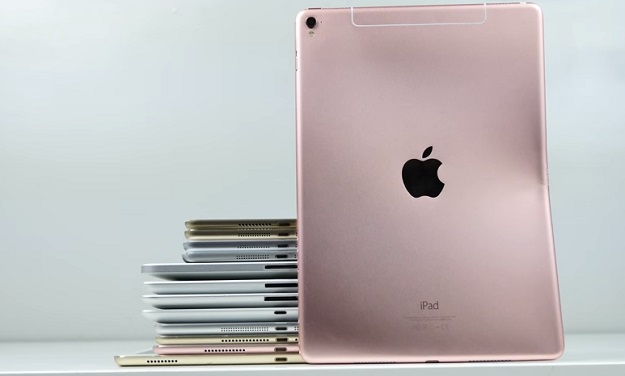 Since the release of the original iPad back in 2010, Apple’s famed tablet has taken on a number of varied form factors; it’s gotten smaller (iPad Mini), unbelievably thin (iPad Air), and more recently, it’s gotten a whole lot bigger thanks to the iPad Pro.

And much like we’ve seen with the iPhone, Apple has, more often than not, improved the iPad’s hardware consistently year after year, with the iPad 3 perhaps being the lone outlier. In an interesting effort to see how performance varies across every iPad model ever released – an astounding 12 devices in total – the YouTube channel EverythingApplePro recently dusted off Apple’s older iPads and put together a well-done video comparison.

Suffice it to say, Apple’s hardware has improved tremendously over the last six years.

First up, EverythingApplePro decided to test startup times across devices. Notably, each device was connected to the same power bank as to ensure a fair fight. The winner? Not surprisingly, the iPad Pro that came out ahead. Following that, the next devices to start up were the iPad Air 2, the original iPad, the iPad Mini 4 and the original iPad Air.

Not surprisingly, the iPad Pro emerged victorious more often than not. Nonetheless, a few older iPad models had curiously strong showings in a few of the tests. You can check out the entire video below for the full results.