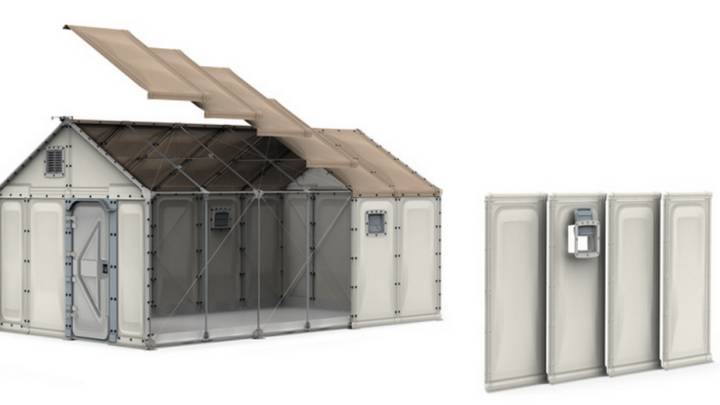 Ikea isn’t only using its furniture building know-how to create some interesting pieces for your home, but it’s also working on projects that could be a lot more useful for people who find themselves in need of emergency shelters. Such is the case of the Better Shelter modular home for refugees that can offer better shelter than the usual tents you see on TV whenever reports about refugees are aired.

The Ikea Foundation worked with the UN on the modular system’s design, and Gizmodo reports that 10,000 Better Shelters have already been ordered after being tested by displaced families in Iraq and Ethiopia. The UN will use the Better Shelters to help refugees around the world, sending the first shelters to Iraq.

Priced at $1,150, or three times more than a tent, each Better Shelter is designed to be easily be transported and assembled. A shelter can be packed in two boxes complete with all the tools required for assembly and each box can be lifted by four people. The Better Shelter can then be assembled by a team of eight people in under eight hours.

Unlike tents that offer no real protection against heat, cold and other threats, the Better Shelter is designed to last for years and even comes with a door that can be locked. The shelter also has windows and a ventilation systems.

More interestingly, each Better Shelter comes with its own photovoltaic system that can provide electricity.

Each shelter is designed to last for at least three and up to 20 years, which is another advantage over alternative housing systems for refugees. Hopefully though, you’ll never have to actually get excited about this particular piece of clever engineering.

An image showing the interior of a Better Shelter follows below.