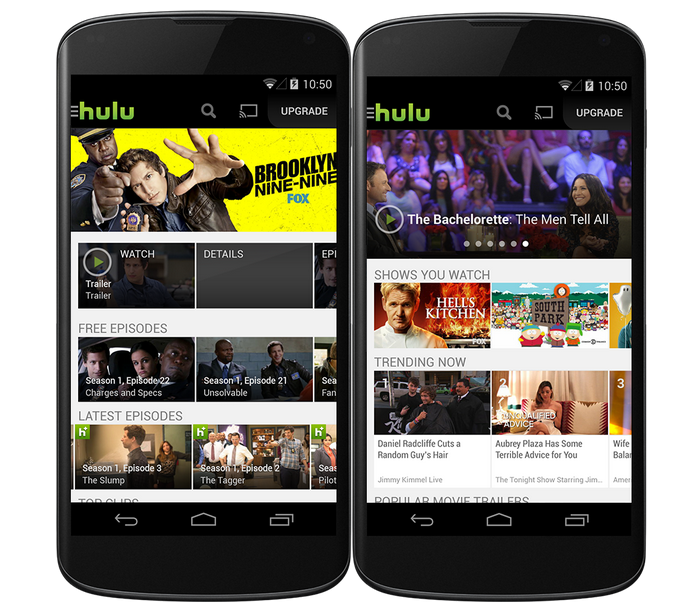 Earlier this year, Hulu announced that it would be bringing free streaming to mobile devices at some point this summer, but a precise release date wasn’t revealed. This week, Hulu finally launched the update for Android phones and tablets which will allow mobile users to access select content from from Hulu Originals, Anime, Kids, Movies and Latino. Network shows from NBC, Fox, Comedy Central and others will be available as well.

If you want full access to Hulu’s entire back catalog, you’ll have to sign up for Hulu Plus, the streaming site’s premium subscription service. And of course, activating a subscription is one click away within the app.

No news on whether or not the update will reach iOS devices any time soon — or at all, for that matter — but Hulu did mention an upcoming update for the Hulu Plus app on iOS back in April. Hopefully the update will bring the iOS app in line with Android.

Although the blog post implies that the free streaming library has not been completely ported to the mobile app following the update, there is no indication as to which shows or movies have been left out. If you notice any major omissions, feel free to let us know in the comments below.

You can download the update now from the Google Play store.