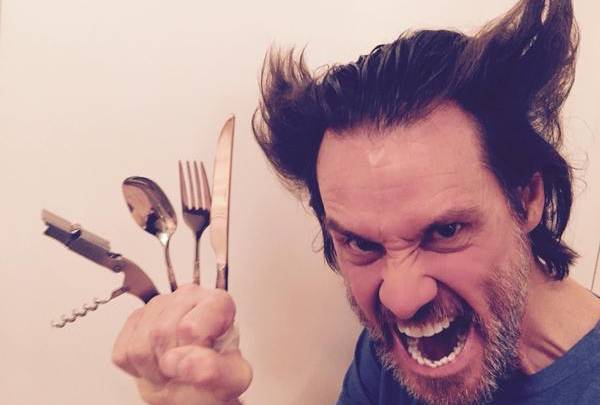 Here’s a treat for fans of super hero movies. Jim Carrey decided to have some fun with his friend Hugh Jackman this week when he posted a picture of himself on his Twitter page playing Wolverine, the iconic member of the X-Men who is also one of Jackman’s best-known roles. As you can see in the photo above, Carrey had a rather unorthodox Wolverine outfit that replaced the character’s famous metal claws with kitchen table silverware. But then things got even better.

DON’T MISS: London’s ‘sky pool’ will be the most amazing and most terrifying pool the world has ever seen

Nice move @RealHughJackman Now watch me make a meal out of your biggest role. ;^> pic.twitter.com/GUfHB2RR4L

Jackman responded to Carrey’s tweet by posting a short video of himself doing an impression of Carrey ‘s character The Mask from the 1994 movie of the same name.

We’d say Jackman does Carrey’s “Ssssmmmm-okin’!” quip from the film justice and also does a nice work imitating Carrey ‘s goofy facial expressions as well. The only thing that could make this more meta would be if Andy Kaufman were still alive and he posted a picture of himself imitating Carrey imitating Kaufman in The Man on the Moon.