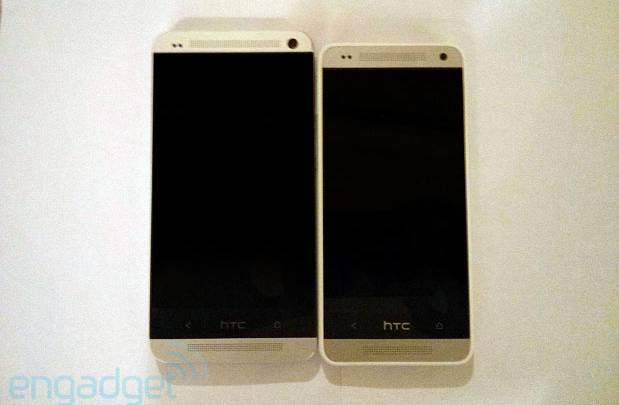 It has been widely reported that HTC is planning to launch a scaled-down version of its flagship HTC One smartphone. Engadget on Wednesday posted an image of what it claims is the HTC One mini next to the full-sized One smartphone. The website confirmed that the handset will be equipped with a smaller 4.3-inch 720p display, a 1.4GHz dual-core Snapdragon 400 processor and an Ultrapixel rear camera. Like HTC’s larger smartphone, which BGR called one the best designed Android devices of all time, the mini will feature an all-metal body, front-facing speakers and run Sense 5 atop Android 4.2.2 Jelly Bean. Bloomberg reported earlier this week that the HTC One mini will be available in the U.S. in August.