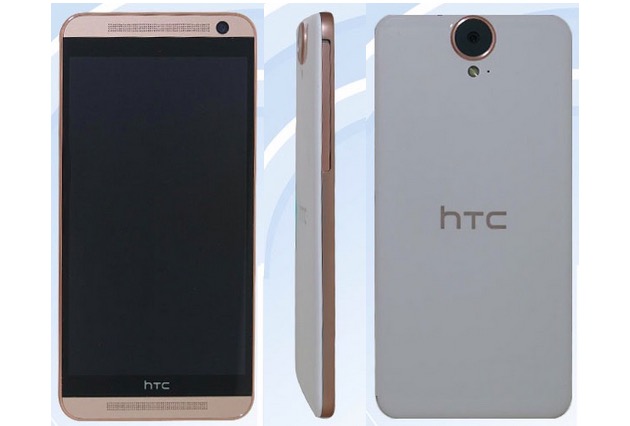 The HTC One M9 is a great looking phone with some notable improvements over its predecessor, but there’s no denying that it was overshadowed by the radical redesign of the Galaxy S6 at MWC 2015. Rather than push the envelope, HTC is sticking with what worked last year for its latest flagship… but who’s to say that’s the only phone HTC is preparing for the spring?

This week, China’s telecom regulator TENAA released a photograph of the HTC One E9, a slimmer companion to the One M9. There’s not much more information on the TENAA webpage, but it does reveal that the One E9 will feature a larger 5.5-inch display.

That’s a significant shift from the M9, but it looks like HTC is changing much more than the exterior this time around. Upleaks claims that the E9 will feature an upgraded Quad HD display, a 64-bit octa-core MediaTek processor and a 13-megapixel front-facing camera.

Other listed specs include 3GB of RAM, 32GB of internal storage and a 20-megapixel rear camera — all of which also appear on the M9.

If these specifications turn out to be the real deal, the E9 will be a much more competitive device in 2015, but there’s no telling if it will see a wide release. Upleaks says it will launch by the end of March though, so we might not have long to wait before we’ll know for sure.