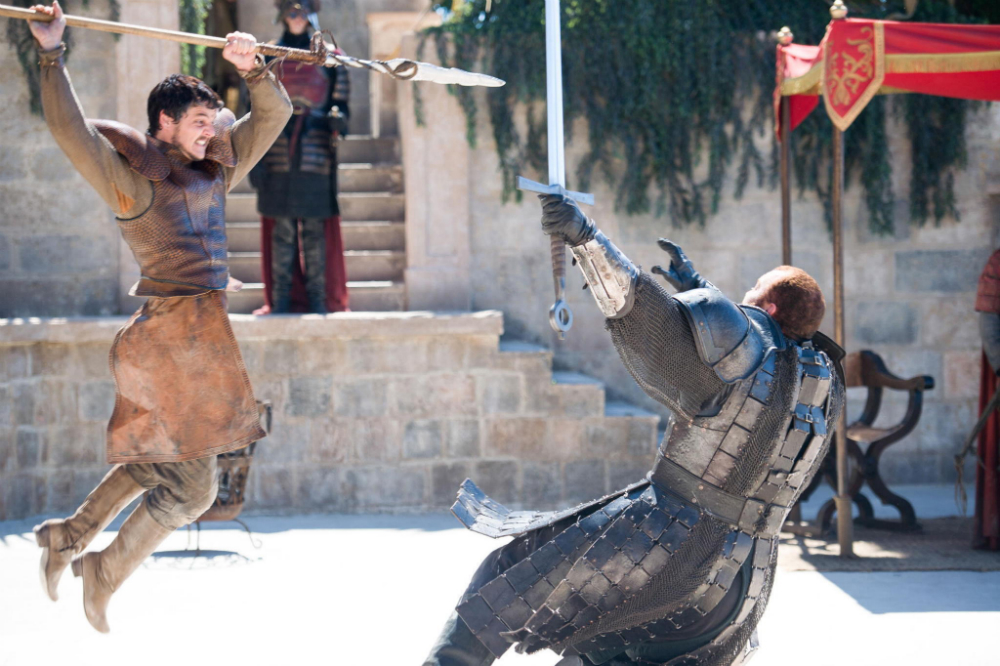 With the sixth season of Game of Thrones slated to kick off on Sunday, April 24, HBO’s marketing campaign to build up excitement and intrigue for the upcoming premiere has already begun. Over the weekend, HBO released three brand new teasers via its official Game of Thrones Twitter account.

Fans of the series were instructed to send a tweet to @GameOfThrones using one of the three following hashtags, #HouseLannister, #HouseStark, or #HouseTargaryen. Following that, fans were treated to a unique teaser video based on their hashtag of choice, all carried out thanks to Twitter’s auto-reply feature.

The teasers themselves aren’t necessarily jaw-dropping as they feature a 25 second video consisting of each respective house’s flag being waved in front of a looming landscape. Still, when it comes to Game of Thrones, fans of the series will famously devour any and all information about the show.

To save you the time of taking to Twitter, we’ve embedded the three teaser videos below for your viewing enjoyment.

First up, we have the House of Lannister teaser featuring the High Sparrow whispering, “Every one of us is poor and powerless. And yet together, we can overthrow an empire.” And if you listen closely, you can here subtle shouts of “Shame!”, a reference to Cersei’s shocking walk-of-shame from the Season 5 finale.

And next up, we have the House of Targaryen teaser featuring an unknown Dothraki asserting, “You are nothing, the millionth of you name. Queen of nothing.”

And lastly, the House of Stark teaser which has Ramsay Bolton saying, “Winterfell is mine. Come and see.”

As The Hollywood Reporter notes, each video is a “sign that the three major powerhouse families on Thrones are all under fire in the upcoming season six — a notion that’s fully supported by where we saw them last: House Stark ravaged by the Boltons, House Lannister falling under the weight of its own arrogant missteps, and House Targaryen’s tenuous hold over Meereen slipping more and more.”