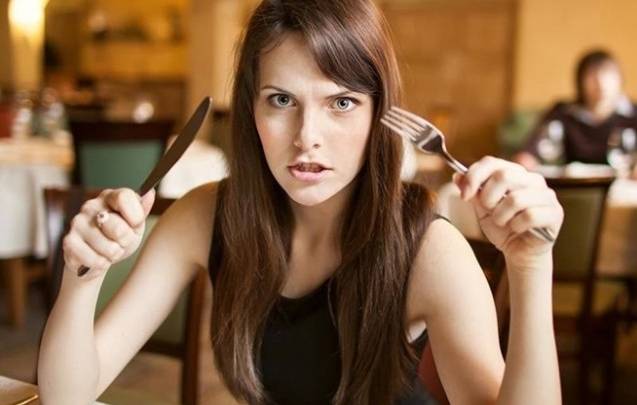 Do you get terribly angry at people when you’re really hungry? Do you know anyone who’s behaving that way when they’re hungry? It turns out it’s perfectly normal for some people to act that way, and they can’t help themselves.

Simply put, it’s how the human body reacts to the lack of food, IFL Science explains. There are various mechanisms at play that can explain the “hanger” — which is a word play on hungry and anger to describe the symptoms.

One of the reasons why you may have hanger is that the brain needs sugar to function properly. Everything you eat is chemically turned into simple sugars. In between meals, the sugar levels might drop, which could result in a lower brain performance. This includes the ability to behave within socially acceptable norms, and that’s why you might snap at people for no apparent reason.

The brain doesn’t just wait for you to eat to raise sugar levels: It’ll send commands to various organs to increase the amount of glucose (sugar) in your system. Among the hormones that regulate glucose levels is adrenaline synthesized from the adrenal glands.

The increased dose of adrenaline, which is also pumped out in stress situations, might explain why you’re more likely to shout at people when you’re hangry.

Finally, there’s a natural brain chemical released into the brain when you’re hungry, the neuropeptide Y, which stimulates voracious feeding behaviors by acting on various brain receptors, including the Y1 receptor.

Neuropeptide Y and the Y1 receptor also regulate anger or aggression. The higher the levels of neuropeptide Y in the brain, the higher your hangryness.

Check out the full IFL Science article for the full scientific explanation for this particular condition.