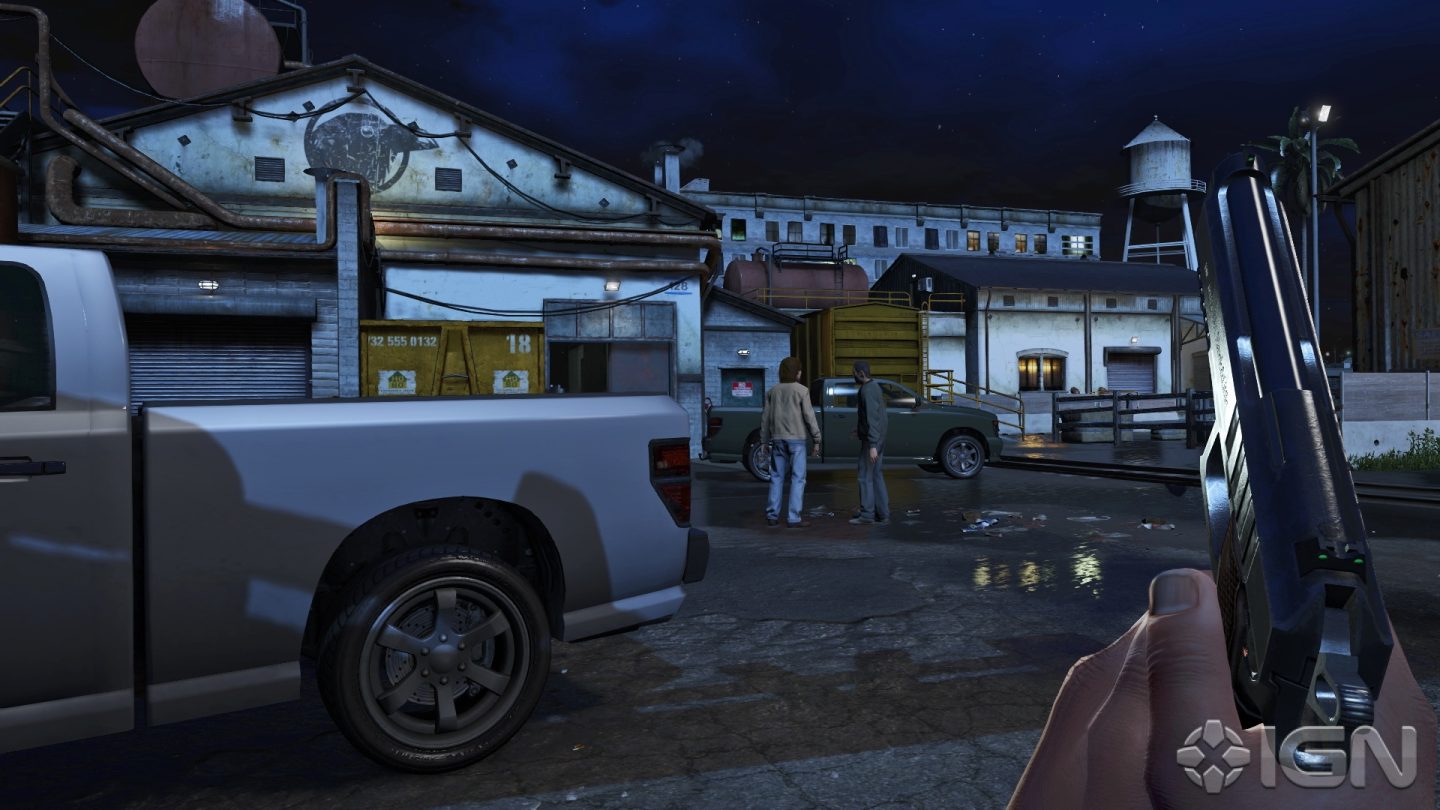 There’s no way that Rockstar Games expects everyone who picked up Grand Theft Auto V on last-gen consoles to return for the remaster on PS4, Xbox One and PC, but the developer is throwing in so many bells and whistles that even the staunchest of skeptics are going to have a hard time avoiding a second visit a Los Santos. On Tuesday, IGN revealed that the current-gen version of GTA V will feature a first-person mode, a mode which has been rumored for weeks.

“It’s a very intense, in-your-face experience… literally,” Rob Nelson, the animation director on GTA V told IGN. “Obviously, we felt like one of the most compelling things you could do to make an experience people have had before feel different was the new first-person mode.”

There are several gameplay tweaks to go alongside with the new mode, including a first-person cover system, a new targeting system, a more appropriate control scheme and thousands of new animations. Best of all, you can switch back and forth with a single button tap.

Rockstar also announced that PC players will be able to run GTA V at 4K resolution. Take that, console fans.

Grand Theft Auto V will be available on PS4, Xbox One and PC on November 18th. Check out the trailer for First Person Mode below.