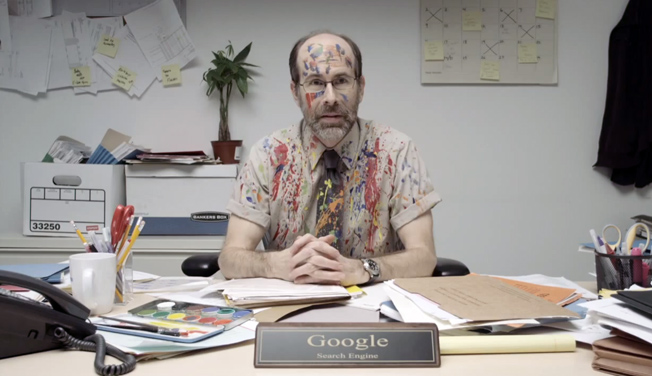 Google Search has changed the way the world accesses information and in doing so, it also changed the way we think when querying for information. For example, we might ask a person on the street, “what time is it in Belize?” whereas the same question typed into Google might be, “current time Belize.” But what would life be like if Google Search was an actual person instead of just a short white box we fill with our various requests? According to a new video that imagines this very scenario, life would be pretty funny.

The comedians at College Humor just released a follow-up to their first video, “What if Google was a guy?” The hilarious part 2 of the series picks up where the first one left off, showing us what life would be like if we had to go to an office and talk to a person named “Google” instead of typing our Google searches into a computer.

We won’t spoil all the fun, though we will note that the NSA makes a pretty hilarious cameo. Also amusing is one of the highlighted comments beneath the video on YouTube: “Bing will pay you to use ‘him,'” quipped one commenter.