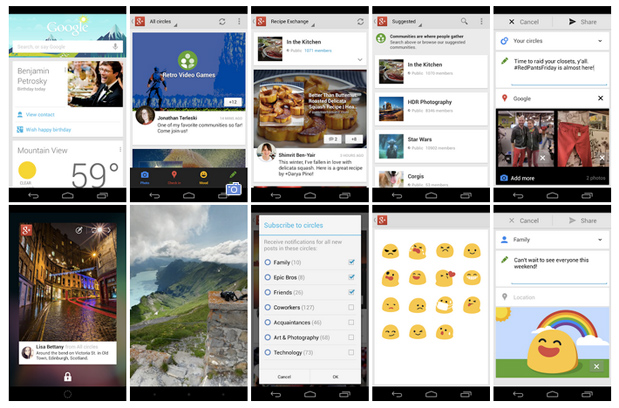 Although Google+ hasn’t turned out to be quite the Facebook (FB) “killer,” Google (GOOG) is still very serious about expanding its social network. The company announced on Friday an upcoming update to its Google+ Android app with new features for “including on-the-go profile editing, an easier way to author content, and a subtle notice when there’s new stuff to read.” Google is also adding some killer photo features: up to 5GB of full-sized photos can be backed up for free via Instant Upload and Android 4.2’s 360-degree “Photo Sphere” panoramas can be shared to the mobile stream.

There are also new event-planning features including Hangouts for markets with low-bandwidth (150KB minimum to start one), a lock screen widget, emoticon support, animated GIFs and birthday reminders in Google Now. For the full skinny on all of the improvements, you can read the blog post by Dave Besbris, Google’s Vice President of Engineering for Google+.