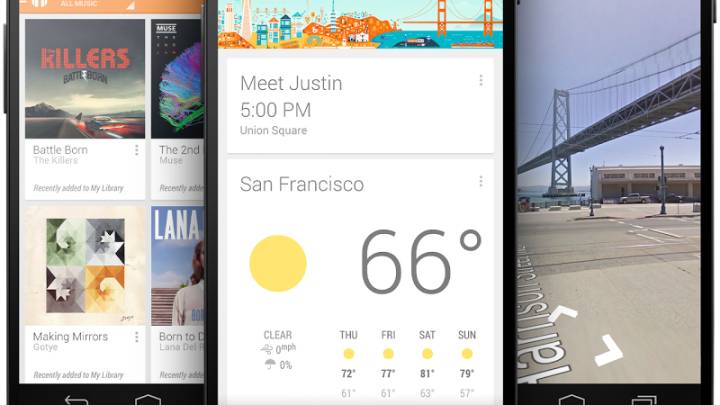 The Nexus 5 is a fantastic smartphone. The bang-for-the-buck factor is clearly the smartphone’s biggest draw, but the appeal doesn’t end there. The Nexus 5 is fast, powerful and sleek, and it also packed an awesome feature that no other phone in the world had — until now.

Google on Wednesday released it’s Now Launcher app, which Android enthusiasts have been anxiously awaiting for quite some time. What does the app do? It brings the Nexus 5’s modified home screen layout and enhanced functionality to older Nexus devices and to Google Play Edition phones as well.

The app places Google Now on the left-most home screen, allowing users to simply swipe over to Now instead of launching it with a shortcut. For even faster access, users can speak the words “Ok Google” while on any home screen to launch Google Now’s voice command functions.

Google’s Now Launcher app is available for free in the Play Store beginning immediately, and it’s compatible with any and all Nexus and Google Play Edition devices running Android 4.4 KitKat or later.

• Google Now on your home screen – it’s easier than ever to get just the right information at just the right time.
• Just say “Ok Google” – when you’re on your home screen, just say “Ok Google” to trigger voice input. Then say your search query. Or tell your phone what to do, like send a text message, get directions, or play a song (available in the US, UK, and Canada).
• Faster search – tap the search box and you can enter your query immediately.
• Easy access to your favorite Google products and services, like Gmail, YouTube, and Maps.
• Larger viewing area – the status and navigation bars are now translucent, so your wallpaper pops from every pixel, and is even visible when you expand your apps drawer (when supported by device).
• Intuitive wallpaper picker – select any image that’s stored on your device, or in the cloud. Position and preview your wallpaper before you set it.