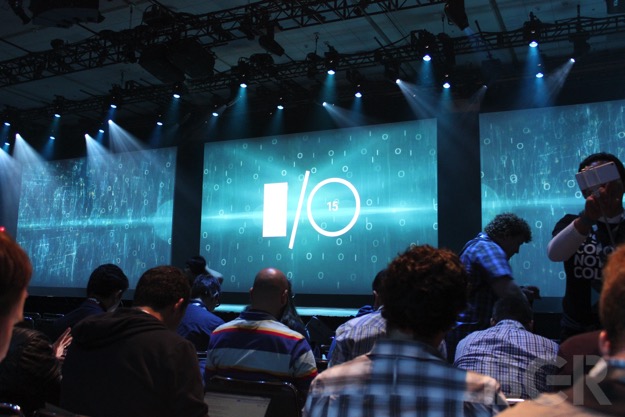 Google a few moments ago introduced that amazing new changes are coming to Google Now with a new software feature Google is calling ‘Now on Tap’. ‘Now on Tap’ brings Google Now functionality to the next level by leveraging context awareness to bring you even more information super quickly.

As a quick example demonstrated by a Google engineer, imagine that you are listening to Skrillex on your device. With ‘Now on Tap’, you can simply ask the device “What’s his real name?” With Android M, your device will be able to understand the complete context of the situation. Specifically, Android will recognize that you are listening to a Skrillex song and will comprehend that the query is related to that. Consequently, asking “What’s his real name?” will yield Sonny John Moore as an answer.

As another example, if you happen to be returning a rental car, Google Now will understand the context and will alert you to nearby gas stations so that you can return it with a full tank.

Throughout the demonstration, Google engineers kept on stressing that the overarching goal of “Now on Tap” is to be more assistive to users by giving them information before they know they need it. In short, the software aims to provide users with quick answers to quick questions when and wherever they happen to be their phone.

In describing how ‘Now on Tap’ is designed to function, Google engineer Aparna Chennapragada explained that there are three things the software needs to do well in order to work as intended.

With that in mind, Sundar Pichai explained that Google has made tremendous strides in not only building up its natural language engine, but also its contextual engine. For instance, imagine you are at World: Android M will not only know where you are in a geographical sense, it will be able to seamless provide you with information about when the park opens, when their busiest hours are, and which rides are the most popular.

The Computer Science involved in processing such information and spitting it back out to users so quickly is complex and is clearly something Google is proud of.