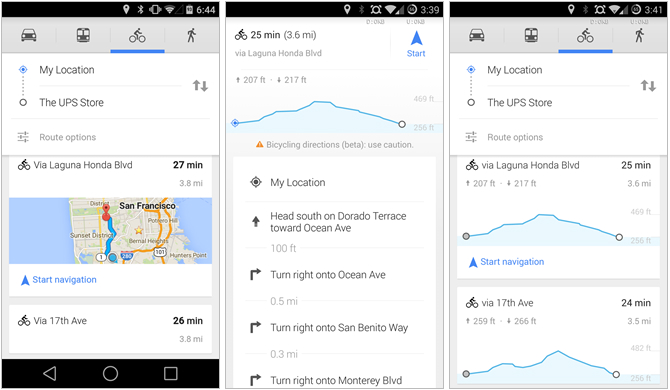 Google Maps for Android is getting a new update, Android Police reports, which will bring users some interesting features for their favorite maps applications. Google Maps v8.2 for Android will support conversational voice actions in navigation mode – users will be able to ask things like “how long until destination,” “what’s my next turn” or tell Google to “show traffic,” – although they’ll have to make sure they hit the proper phrasing precisely, in order to actually be able to trigger an appropriate response from Google Maps.

Another nifty feature concerns cycling enthusiasts. Bicycles owners will now be able to avoid steep climbs, or choose steeper climbs if that’s what they fancy, as Google Maps will now show elevation details in bicycle directions and elevation comparisons between different routes directly in the search interface.

Other new features in Google Maps v8.2 for Android include a new slide-out navigation menu for Your Places, a new voice icon that replaces the “person” in the search bar that used to load Places, and an Uber card shown in the car tab in addition to public transportation and walking.

A video showing the new voice interactions in Google Maps for Android follows below, with download links for the app update available at the source link (assuming the update has not rolled out to you yet).