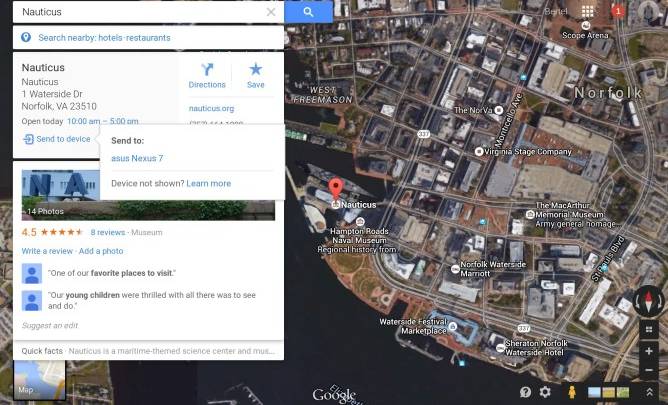 Google Maps is one of the most widely used applications on smartphones, but there are plenty of neat tricks that some iPhone and Android users might not even be familiar with. These hidden Google Maps features can significantly improve your navigation experience, and get you to your destination even faster than before.

Thankfully, Google has just tweaked one such feature to streamline your Google Maps experience.

Back in April, readers discovered that they could send directions from a desktop to their Android devices by just typing “send directions” in the search box of Google.com and then filling in starting point and destination. The feature can be very useful when planning a trip using Google Maps on a computer, as you can send all the directions you need right to your phone without having to perform the same searches twice.

To make things even easier, Google has incorporated the feature directly into the browser version of Google Maps. The next time you search for locations on maps.google.com you’ll also be able to send them to your Android smartphone or tablet (running Google Maps 9.11 or later) with a single click.

As long as you’re signed in on both your computer and your mobile device with the same Google account, you’ll be able to press that “send to device button” that appears in the search bar inside Google Maps and send the directions to your device of choice. A Google support document detailing the feature is available at the link in our source section.