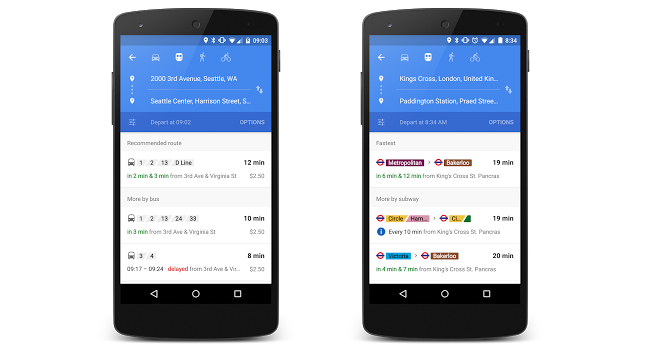 Yes, Google Maps is getting even better at assisting users with public transportation info. Unfortunately, most smartphone users who rely on Google’s industry-leading app for directions won’t have access to Google’s newest Maps feature.

The company on Tuesday announced that Google Maps will offer users real-time transit information, which should take much of the sting out of traveling by public transportation.

The app will show users how long they’ll have to wait, and what other options are available if they miss a bus or a train. The feature also displays arrival times for busses, trains and subway systems, and it delivers alerts for cancelled routes.

Real-time transit information is coming two new countries and four new metro areas. The feature will be available in the U.K., Netherlands and Budapest (Hungary), as well as in Chicago, San Francisco and Seattle for the time being.