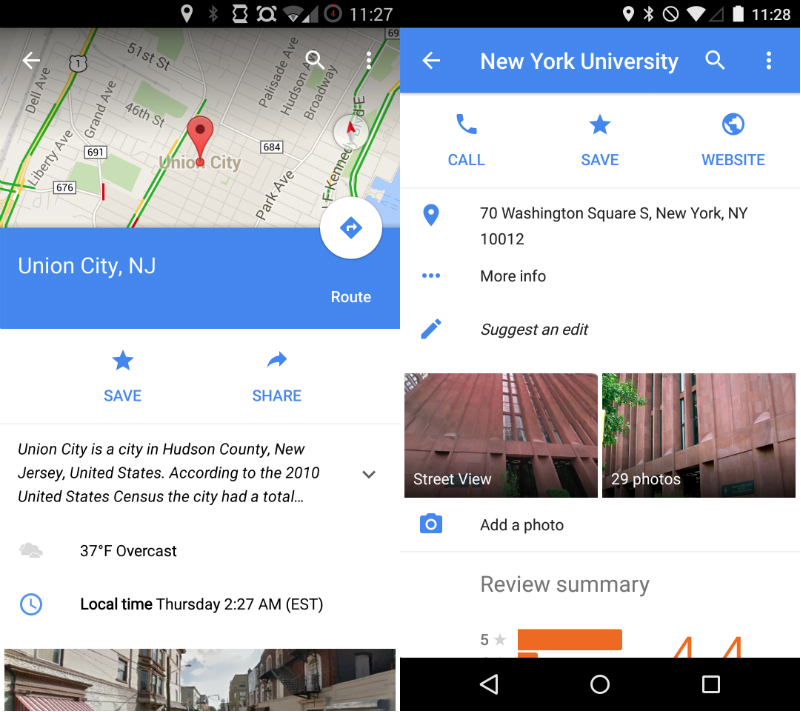 Google has a new Google Maps version out, Android Police reports, which brings some neat new features to this popular Google service. Google Maps 9.1 for Android — available for immediate download by following the source link, in case it hasn’t been already rolled out to your device — will be even more useful when planning trips or when looking for certain locations.

FROM EARLIER: Here’s an awesome new Google Maps trick everyone should know

The application will now show more details about a destination or a place you’re looking for, including weather information and fun facts about various locations, as seen in the image above.

Additionally, the publication says that Google Maps will respond to users’ spoken requests to either show or hide traffic.

Finally, Google Maps 9.1 will also offer improved rerouting options, telling users how much time can be saved by rerouting, and offering “route-around” alerts for closed roads. The application will also offer transit schedule changes for early or late arrivals.

Users looking to try out some of great new Google Maps features can manually update the app on their Android smartphones and tablets by following the link below in our source section.