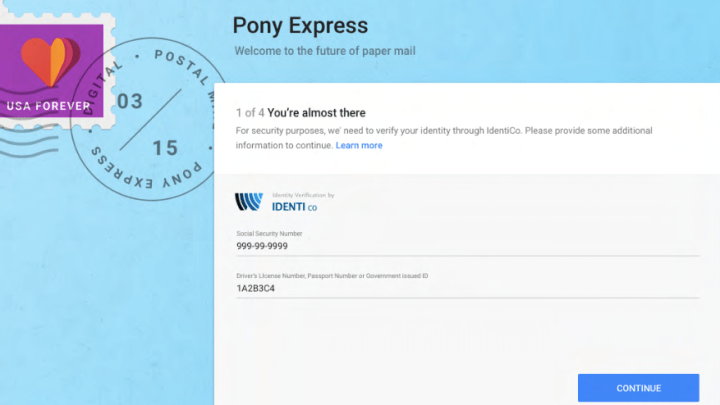 As if the United States Postal Service wasn’t already in deep enough water with the countless online innovations making physical mail obsolete, Google’s new service could make paying your bills as easy as having a Gmail account.

Re/code reports that Google is working on a project called Pony Express that will allow users to view and pay their bills straight from their Gmail accounts, without having to visit those awful websites belonging to utility companies and other service providers.

According to the document that Re/code got its hands on, the service is expected to launch in the fourth quarter of 2015. Pony Express (which may just be a code name) would give Google access to even more personal information than it obtains when users sign up for an account, allowing for more specific targeted advertising and could be “a gateway into industries such as personal finance or lending,” as Re/code notes.

Images from the document show that signing up for Pony Express requires users to input data including full name, social security number, telephone number and credit card information. Once verified, users will receive bills in Gmail or the Inbox app. It’ll even have its own folder:

Using the credit card or bank linked with the Pony Express account, users will be able to pay their bills without ever leaving their Gmail application. You can even share a bill with another Gmail user, so this could be perfect for roommates who split utility costs.