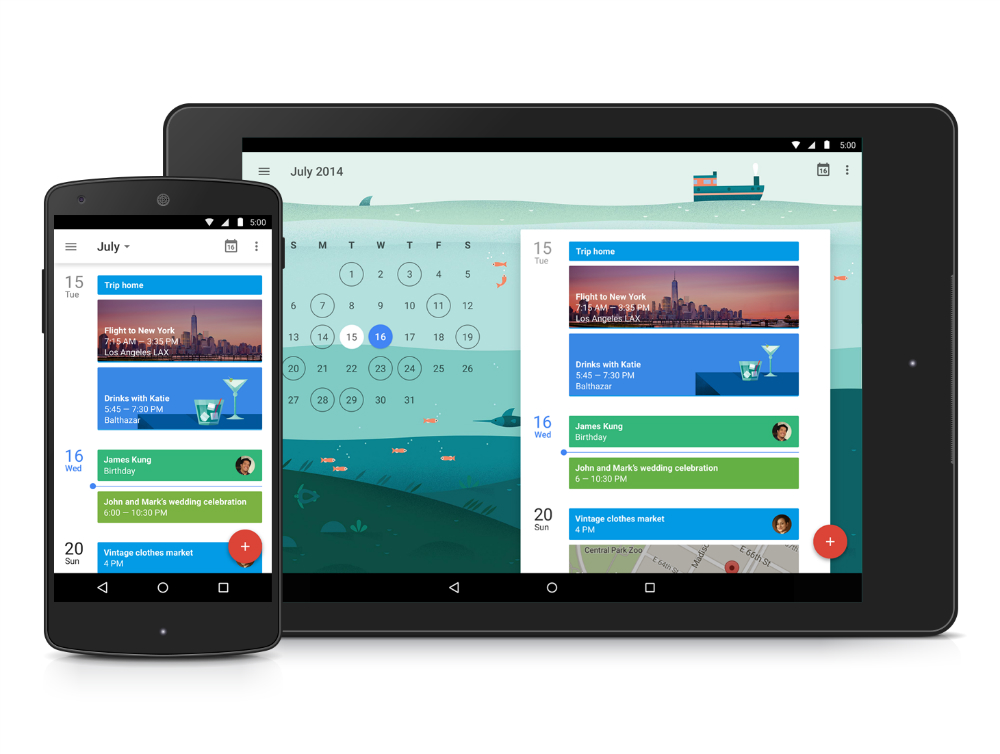 In addition to redesigning its Gmail app for Android, adding Material Design elements and new features for Android 5.0, Google also has a new Google Calendar app for Android, which also uses the same new design Google created for Lollipop and adds some interesting, smarter features. Even though the new Gmail and Calendar apps were officially announced on Monday, not all Android users have received them so far, but they can manually install them, as Android Police has the official Calendar APK as well, in addition to Gmail 5.0 for Android.

FROM EARLIER: You can now download the completely redesigned Gmail app for Android 5.0

Google Calendar 5.0 works on devices running Android 4.0.3 or later, and can be immediately sideloaded on your Android smartphone or tablet in case you’re not willing to wait for Google to release the update.

In addition to the new colors and animations, Calendar offers some interesting features, such as smart Assists — the app can suggest “titles, people and places as you type,” making entries a lot faster, and learning what you like. The app integrates with Gmail and Reminders, and can offer photos and maps of the place you’re going, as well as illustrations of “everyday events like dinner, drinks and yoga.”

A materially designed Google Calendar version for the iPhone is also in the works.

Meanwhile, a promo video for Calendar 5.0 for Android follows below, with download links available at Android Police (see source link).