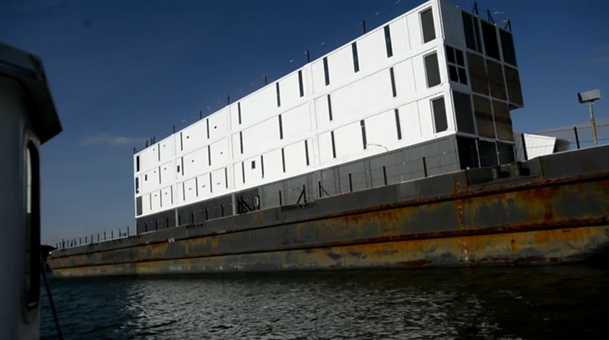 After days of speculation, Google’s mysterious barges were finally identified, and now Google is speaking out about the true purpose of the boats. TechCrunch received the following statement from a Google spokesperson on Wednesday: “Google Barge … A floating data center? A wild party boat? A barge housing the last remaining dinosaur? Sadly, none of the above. Although it’s still early days and things may change, we’re exploring using the barge as an interactive space where people can learn about new technology.”

The search giant has yet to release any significant details about when the barges will be open or who will be invited to attend the interactive events. Various news reports have confirmed that are currently at least four barges (although that number appears to be fluctuating) commissioned by Google, each docked somewhere in United States. Only time will tell exactly how the company plans on turning this extraordinarily strange Google X experiment into something worthwhile.