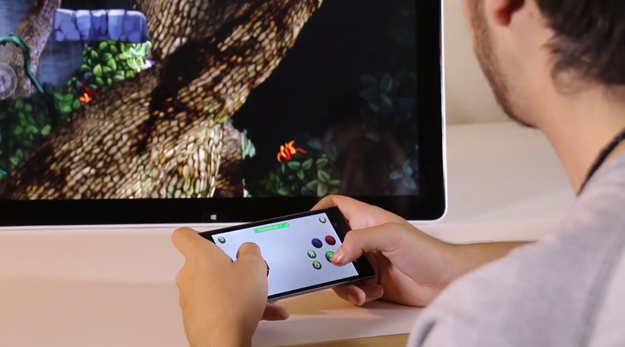 When it comes to video games, mobile gaming grows more impressive with each new device generation. Controlling a game with on-screen buttons never quite offers the same experience as a physical video game controller though, so it seems odd that Ideum would put so much time and effort into creating an app that transforms an Android smartphone or tablet into a video game controller for PC gaming. The result is quite impressive, however, and it actually adds some nifty functionality that standard gaming controllers simply cannot offer.

Ideum recently updated its GestureWorks Gameplay app to add Android compatibility, thus letting gamers use Android smartphones and tablets to play video games on their computers. Unlike typical controllers, Gameplay can be customized for each game and it also supports gestures. The app costs $15 as a download from Steam, and the video below will give you a good idea of what Gameplay is capable of.