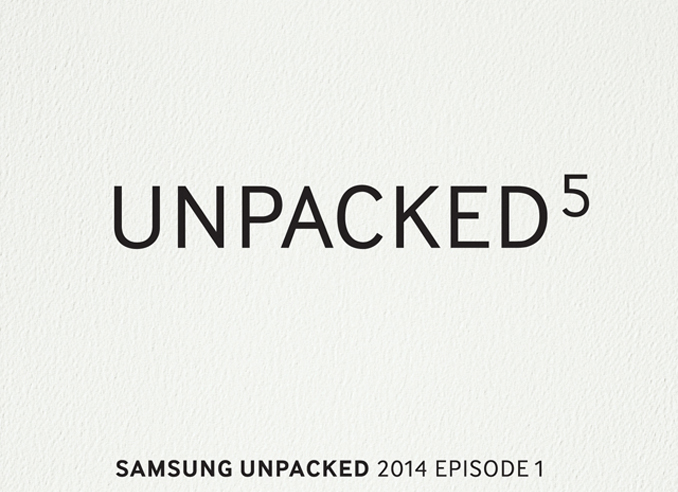 Samsung on Monday sent out press invites to a special media event scheduled for February 24 at the MWC 2014 in Barcelona, Spain, where the company will most likely unveil its next flagship smartphone, the Galaxy S5. While the Galaxy S5 isn’t mentioned in the press invite, the fact that this is an “Unpacked 5” event, and labeled as Samsung’s first major mobile announcement of the year, is an indication that the company will unveil a flagship handset during the show, which can only be the Galaxy S5.

Furthermore, a few weeks ago, the company has sent invites to a different MWC event, scheduled a day earlier on February 23, during which it plans to talk about the future of Tizen, Samsung’s own mobile operating system. However, that event doesn’t have the “Unpacked” brand that Samsung uses for important products.

Russian blogger Eldar Murtazin said before Samsung announced its Tizen event that the Galaxy S5 will be unveiled on February 23 at MWC 2014.

Samsung did not announce a Galaxy S flagship device at the Spanish trade show since the Galaxy S2, which was announced at MWC 2011, choosing instead to host its own media presentations away from such crowded events. The Unpacked 5 announcement will be live-streamed on YouTube. According to Reuters, the Galaxy S5’s launch “has been brought forward by around three weeks after sales of Samsung’s S4 came in weaker than expected.”