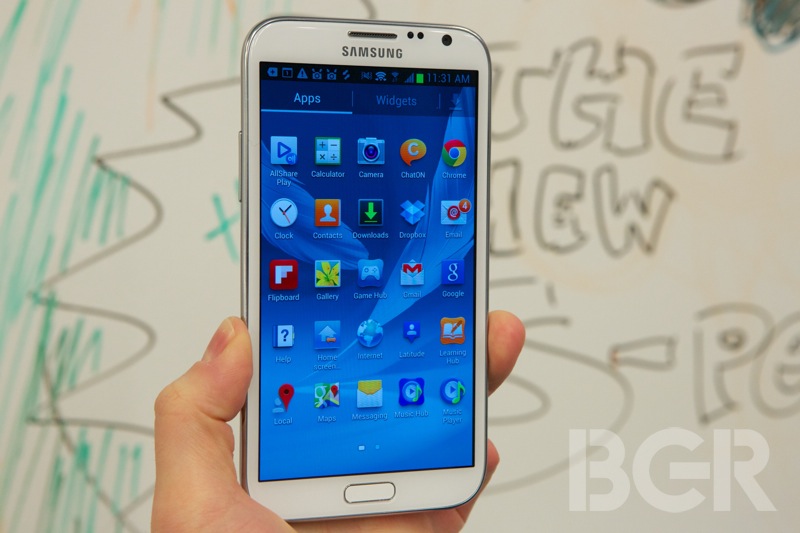 Samsung’s upcoming Galaxy Note III is among the most highly anticipated smartphones of 2013. While sales of the third-generation flagship phablet won’t approach handsets like the Galaxy S4 or Apple’s iPhone lineup, Samsung’s Galaxy Note handsets have regularly been among its top-selling high-end devices. We have seen plenty of leaks thus far and while some reports suggest there are still a few wrinkles to be ironed out, South Korea’s Business Daily claims to have gotten its hands on the device’s final specs.

According to a new report on Friday, the Galaxy Note III was initially supposed to include a 6-inch display but Samsung reworked the device and opted for a 5.7-inch panel instead. Other highlights include a quad-core Snapdragon 800 processor (some versions may carry Samsung’s Exynos 5 Octa processor), 3GB of RAM, a metal-look insert wrapped around the edges of the phone like the one on the Galaxy S4, the new Android 4.3 operating system and support for newer LTE-Advanced networks capable of delivering data speeds twice as fast as current 4G LTE networks.