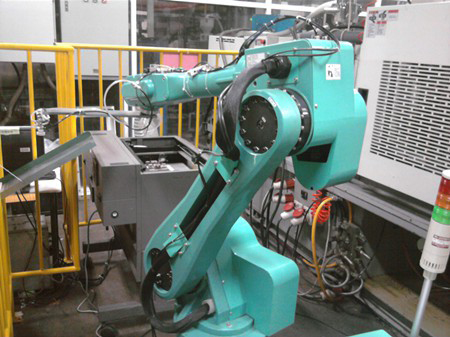 Foxconn announced in August last year that it was planning to have 1 million robots up and running in its factories within three years. As promised, the first batch of 10,000 “Foxbots” have already made an appearance in one Chinese factory, with 20,000 more planned by the end of the year. The Foxconn-built Foxbots are estimated to cost between $20,000 and $25,000, but reportedly aren’t good for anything beyond repetitive tasks that involve item “lifting, selecting and placement.” The mechanical arm-like Foxbots are likely not capable of producing products such as the iPhone 5 that require extremely intricate assembly. With 1.2 million employees, and 1 million robots planned, the big question is how many workers will actually be put out of work? After all, Foxconn will still need people to oil up the Foxbots if they ever malfunction.