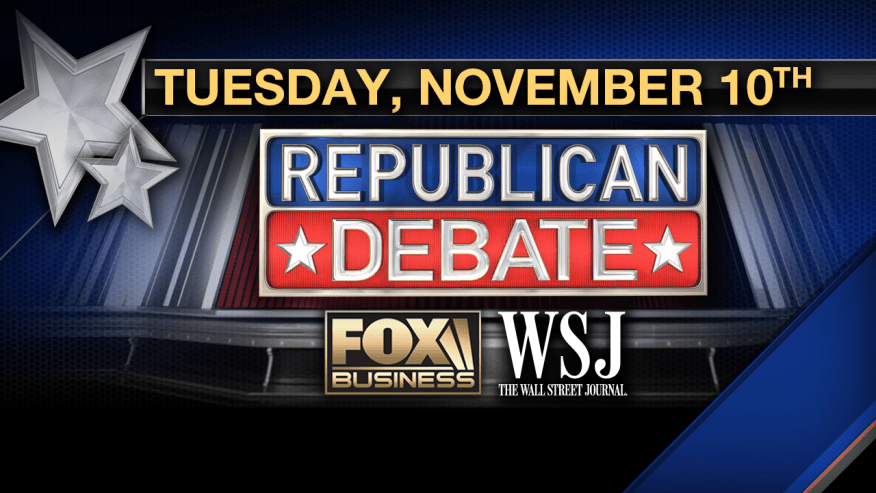 We’re still a full year out from the next U.S. presidential election, which is why I find it increasingly hard to believe that the Fox Business Network will be broadcasting the fourth Republican primary debate tonight at 9 p.m. ET.

Not much has changed since the CNBC debate last month — Trump and Carson are still crushing the competition, although with his relatively strong performance last time around, Rubio will certainly be out to make himself heard once again.

Since there are still too many Republican candidates to count on both hands, Fox Business will split the debate into two parts, with the first debate scheduled to begin at 7 p.m. ET. Having failed to reach the required 2.5% polling cutoff, Chris Christie and Mike Huckabee will join Bobby Jindal and Rick Santorum at 7 p.m.

The main stage will consist of Jeb Bush, Ben Carson, Ted Cruz, Carly Fiorina, John Kasich, Rand Paul, Marco Rubio and Donald Trump. With only eight candidates on stage, the debate should be 20% less of a mess than the previous three.

According to Fox, the debates will focus on “jobs, taxes, and the general health of the economy, as well as domestic and international policy issues.” Unlike the CNBC debates, both the 7 p.m. and 9 p.m. debates will stream free on FoxBusiness.com. You don’t even need a cable subscription.