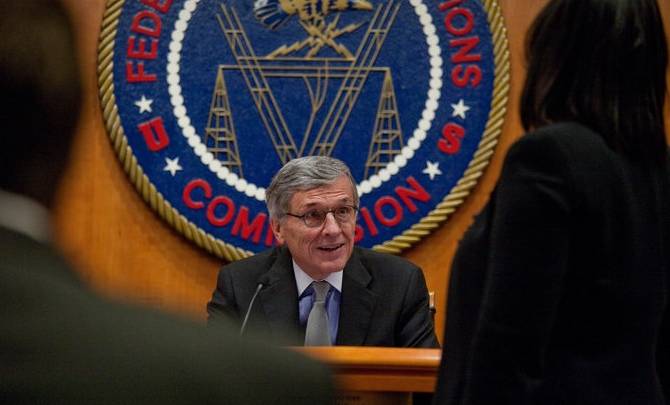 It looks like Tom Wheeler isn’t the dingo that many of us feared. In a new article at Wired, Wheeler outlines his plan to enforce net neutrality rules by doing something that was once unthinkable: Reclassifying broadband services as utilities under Title II of the Telecommunications Act.

RELATED: Verizon’s net neutrality nightmare is about to come true

“I am proposing that the FCC use its Title II authority to implement and enforce open internet protections,” Wheeler writes. “Using this authority, I am submitting to my colleagues the strongest open internet protections ever proposed by the FCC. These enforceable, bright-line rules will ban paid prioritization, and the blocking and throttling of lawful content and services. I propose to fully apply — for the first time ever — those bright-line rules to mobile broadband.”

In an attempt to quell ISPs’ concerns about their services being regulated like phone companies, Wheeler said that he plans to only apply Title II regulations that make sense in the Internet age while granting forbearance for those that don’t.

“To preserve incentives for broadband operators to invest in their networks, my proposal will modernize Title II, tailoring it for the 21st century, in order to provide returns necessary to construct competitive networks,” he writes. “For example, there will be no rate regulation, no tariffs, no last-mile unbundling. Over the last 21 years, the wireless industry has invested almost $300 billion under similar rules, proving that modernized Title II regulation can encourage investment and competition.”

It goes without saying that this is a remarkable turnaround from where we were less than a year ago when Wheeler was going to try to push a net neutrality plan that would have barred ISPs from blocking content but that also would have let them set up paid prioritization “fast lanes” in which they could charge Internet companies more money to ensure that their traffic gets delivered more quickly than competitors’ traffic.

Internet activists strongly objected to this proposal, which they said would ruin the level playing field of the Internet. After all, they argued, if big companies could pay more to make sure their traffic gets delivered more quickly, what hope would upstart competitors ever have?

Of course, just because Wheeler is proposing this doesn’t mean it’s going to become the law of the land. Verizon and AT&T have already vowed to take Wheeler to court if he proposes reclassifying them under Title II and of course future commissions could vote to overturn Wheeler’s regulations even if they hold up in court.