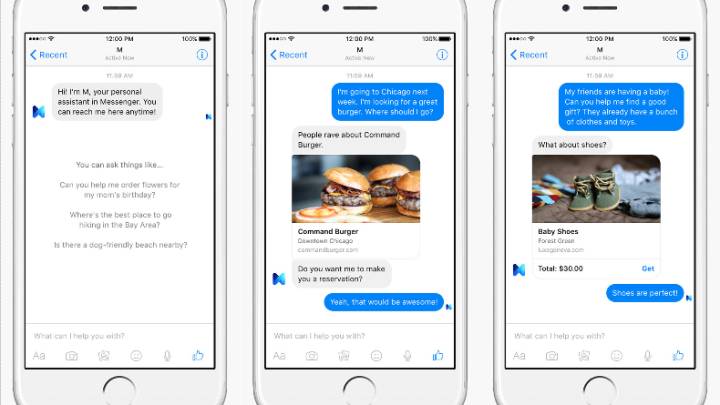 Facebook’s mobile Messenger app is arguably one of the most used messaging apps out there, being available to both registered and unregistered Facebook users. The app offers VoIP and video calls on top of regular instant messaging, and a slew of other features. Facebook, however, is not done pimping out Messenger, and the company has created its own virtual assistant that’s supposed to take on competitors, including Siri, Google Now and Cortana, but with a huge twist.

And no, the fact that it’s called M has nothing to do with James Bond’s boss, who happens to be the head of the MI6.

Rather than being voice activated, the M assistant is actually brought to life via text, which already is one of the most favorite ways to interact with other people rather than actual calls. More interestingly, the M assistant will come with sophisticated AI powers that’ll be complemented by human presence.

That’s right, Facebook is bringing people in to improve its virtual assistant, Wired reports. That way, a team of humans will handle all those questions that AI can’t answer.

Facebook’s computers will gather data from previous conversations and follow-up questions to deliver responses. However, Facebook will not give the AI data to the social data it already collects from users – that could change later down the road, “with proper user content.”

“We start capturing all of your intent for the things you want to do,” vice president of messaging products at Facebook David Marcus said. “Intent often leads to buying something, or to a transaction, and that’s an opportunity for us to [make money] over time.”

M will be able to handle various requests, including providing answers to all sorts of queries, but also recommendations for vacations or restaurants. The assistant could be used in the future to hold a user’s place in a phone queue with a cable company.

The service will initially be available to California Bay Area users so that the team of M trainers are located in the same place as the Facebook users who will use the M service.

Facebook will eventually make money off the M messenger, likely letting business integrate their services with the assistant, such as making purchases through the assistant or handling customer service support.