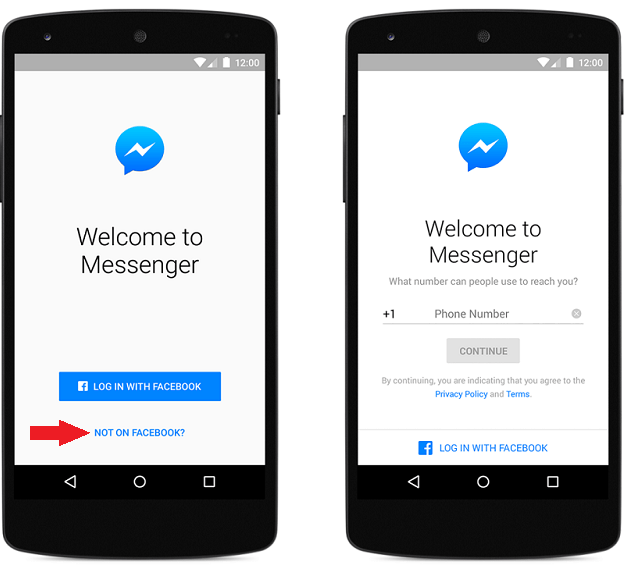 In an effort to get as many people using its Messenger app as possible, Facebook today announced that it’s at long last possible to sign up and use Messenger without having a Facebook account.

In a blog post touting the change, Facebook notes that in order to use its Messenger app, interested users now only need to sign up with their name and an existing phone number. From there, users can add an avatar and partake in all of Messenger’s features, including sharing photos and videos, group chats, and stickers.

The move is a shrewd, if not obvious, one for Facebook to make. As Zuckerberg and co. strive to get the entire world signed up on Facebook, enabling individuals across the globe sign up for one of the company’s more popular products is a great way to lure them into the Facebook universe.

Adding some more flavor to the story, TechCrunch managed to speak with Facebook’s David Marcus on the new initiative.

On that note, Marcus further added that this is not some roundabout way to get the popular social network “into China or other countries where Facebook is blocked. “

Though breaking Messenger off of the standalone Facebook app was controversial at first, the move hasn’t done much to quell the service’s popularity. Today, Messenger boasts upwards of 700 million users.