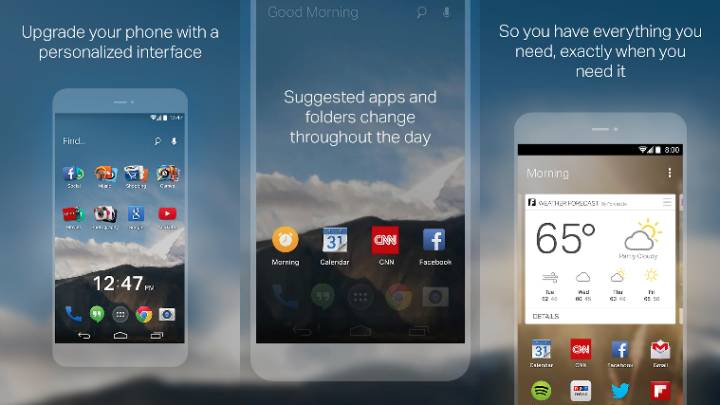 The EverythingMe Launcher Android app has been updated to offer users advanced contextual features including predicting what apps the user wants to use at a certain moment of the day, The Next Web reports. The software will automatically sort apps into folders based on certain themes, and then it will place the apps on the homescreen at different times of the day, based on what it learns about the user.

“For example, the launcher will learn if you tend to use Facebook more in the evening and have a shortcut of the app ready and waiting for you on the homepage,” The Next Web writes, “wheareas during a working day, it might be tucked away in the ‘Social’ folder, its homescreen position replaced by Google Drive or something more productivity focused that you tend to use then.” Furthermore, the app will deliver weather and news apps in the morning, while in the evening it may show dinner-related and entertainment apps.

Furthermore, the app still offers the search function centric to the first version of EverythingMe Launcher that launched last year, which is able to return results from the web but also from the phone, including data from apps and contacts.

The app, which is available as a free download from the Google Play Store for devices running Android 4.0 or later, plans to make money by referring other Android apps in the future that users may enjoy based on their current apps preferences.