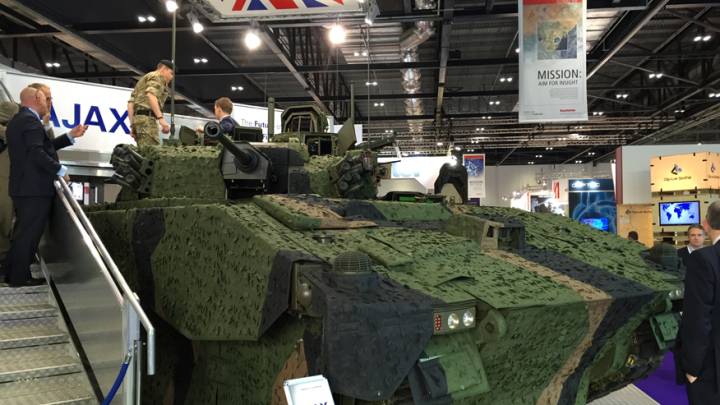 Ajax was a formidable warrior characterized by his colossal size, strength and honor, and served in the Trojan War according to Greek mythology. A warrior in Homer’s ‘Iliad,’ one of Ajax’s hallmarks was a powerful shield.

Related: Shopping for a commando boat?

The AJAX tank is the replacement for the Alvis Scimitar recce vehicle that dates back to the early 1970s. It is designed specifically for reconnaissance missions.

This tank brings a stabilized 40mm Case Telescoped Cannon and a 7.62mm coaxial machine gun to the fight. It can carry a crew of four.

When the British Army deploys the new tank, AJAX will give it more armor, more sensors, more firepower and more maneuverability. The tank also has a two -person turret that was developed by Lockheed Martin.

Last year, General Dynamics won a contract to build 589 Scout SVs for the British Army. The first ones will arrive in 2017 with all of them delivered by 2024.

AJAX is part of a family of next-gen armored fighting vehicles. Its siblings have names like Athena, Ares, Apollo, Argus and Atlas drawn from Greek lore.