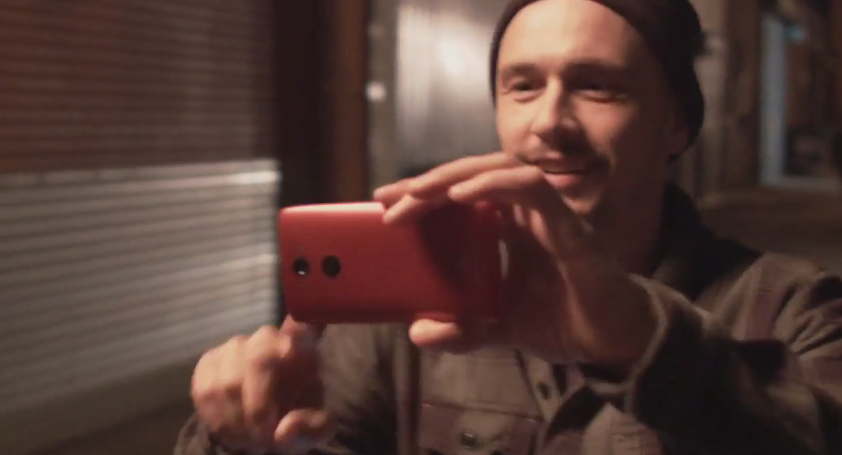 Motorola’s next flagship handset for Verizon has appeared in many leaks before becoming official, including a TV commercial that’s starring none other than famed actor James Franco, who delivers a rather strange Droid Turbo promo message.

FROM EARLIER: Motorola and Verizon unleash the Droid Turbo, a big new phone with specs to die for

Instead of highlighting any of the phone’s main specs and features, such as rumored impressive hardware or battery life, the short video clip shows James Franco riding a bike, as recorded by his friends. The Droid Turbo makes a brief appearance towards the end of the clip, although you can barely see it, and you’ll probably not even know it’s the Turbo if it weren’t for all the previous leaks.

“Me on a bike … even their camera can’t keep up,” the actor wrote on Twitter about the commercial, clearly marking it as a Droid ad.

The clip was also posted on Verizon’s @DroidLanding Twitter account well ahead of the phone’s official announcement.

The message of the ad seems to be the Motorola Droid Turbo is really fast, something DroidLanding also teased on Twitter the other day. “Things are going to get scary, fast,” a tweet said on Monday, being accompanied by a short, and equally strange, 8-second clip.