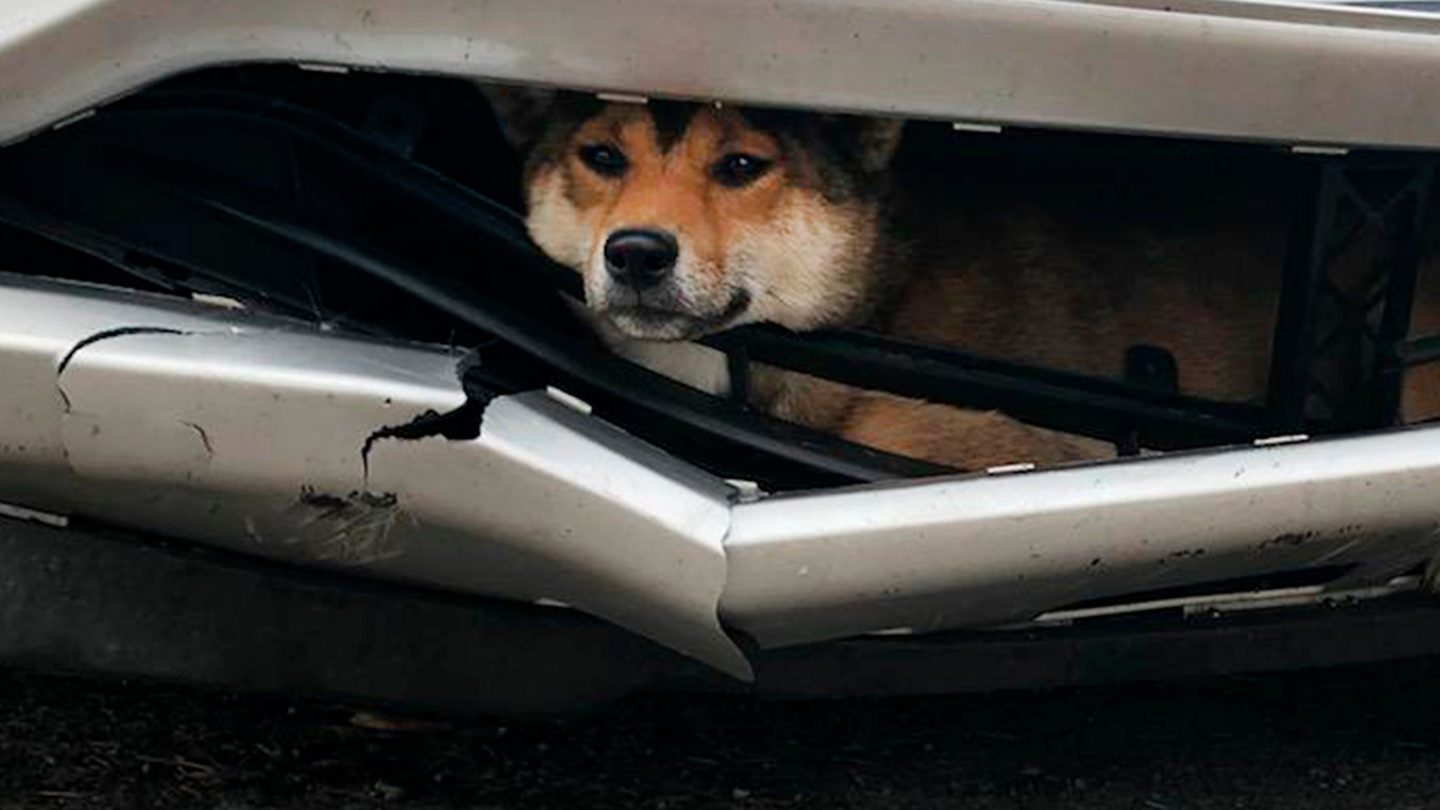 A story of a dog being hit by a car very rarely has a happy ending, but nothing about this bizarre tale out of upstate New York really makes much sense. It all began when a woman says she hit “something” with her car, severely damaging her front bumper to the point that any reasonable person would probably contact law enforcement.

The woman did not, in fact, alert authorities and, despite claiming that she had no idea what she hit and even got out to inspect her vehicle, she continued her trip. Some 15 miles and 45 minutes after the accident, the driver claims she heard “noises” and got out of her vehicle to investigate further.

It was at that point, the driver claims, that she first noticed an adult dog wedged between her bumper and engine compartment. The dog, a Shiba Inu named Coco, was the apparent victim of the car crash that had happened nearly an hour earlier.

The driver called police after spotting the dog, and a visit to the local veterinarian revealed that Coco had suffered a broken elbow but was otherwise in good health.

Now, I’d never claim to be an expert on human nature or forensics, but I know there’s a whole lot of really, really bad drivers out there. Thanks to pictures of the woman’s damaged vehicle, I also know that there’s no way the driver could possibly miss a grown, adult dog chilling out inside your busted bumper if she actually got out to check.

What this sounds like, is a driver who knew she hit something, but assumed it wasn’t serious and just kept on driving without stopping to check the damage. I mean… look at that dog! That is not a small animal, and even if Coco wasn’t sticking her adorable nose out of the grill, there’s no way you could look at the broken bumper and not see an animal there. I don’t buy it!

Anyway, Coco is going to be fine, but she’s still going to need multiple surgeries to repair the damage to her leg. Hernas Veterinary Clinic is helping Coco get back on her feet, and is currently accepting donations toward her care.