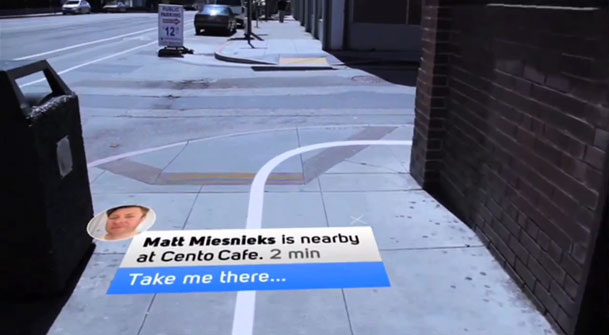 The company is creating what it calls a “real-world OS,” which combines augmented reality with 3D mapping and other technologies to allow devices to interpret a user’s surroundings, and then display 3D images and information in the user’s line of sight. The result is a fascinating combination of real and virtual worlds that can facilitate anything from navigation guidance displayed right on the ground in a user’s path, to allowing people to play games where the room around them is the backdrop.

“Dekko is building the real world operating system,” said Dekko CEO Matt Miesnieks. “A platform that will map in 3D our tabletops, rooms, buildings, streets, towns and the world, allowing us to see the reality that we believe in.”

Dekko’s goal is to lay the groundwork for a new generation of apps that extend beyond mobile devices and use the real world as a canvas.

“Much like iOS marked the shift from feature phones to smartphones, Dekko’s goal is to be the OS for the wearable computing generation,” Miesnieks continued. “Dekko will usher in the next wave of mobile by providing developers with a stunning 3D visual layer for wearable devices.”

The startup says it is currently in talks with “the top three tier-one hardware manufacturers,” though it provided no indication as far as when devices carrying Dekko’s platform might launch.

A promo video with several interesting demos of Dekko’s technology follows below.